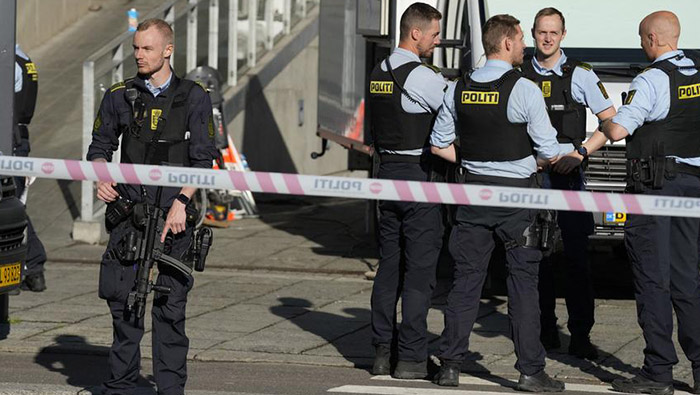 Copenhagen: Danish police on Monday said a gunman who opened fire in a Copenhagen shopping mall — killing three people — most likely selected his victims at random and acted alone.

Officials said the 22-year-old suspect was known to mental health services and said they did not suspect a terror motive.

Chief inspector Soren Thomassen said the shooter had fired indiscriminately into the crowd.

"There are no indications in the investigation, documents or witness statements that could point to this being about terrorism," he said.

Thomassen said he was not prepared to discuss what the alleged shooter's motives might have been.

"Our suspect is also known among psychiatric services, beyond that I do not wish to comment," he said.

Police believe videos of the suspect that circulated on social media on Sunday evening are authentic.

In them, the young man was seen posing with weapons, talking about psychiatric medication "that does not work," and mimicking suicide gestures.

The gunman opened fire at about 5:30 p.m. local time (1530 UTC/GMT) on Sunday afternoon at the busy Fields shopping mall, which is between the center of Copenhagen and the city's airport.

Authorities have identified the three people who were killed as two Danish 17-year-olds, one male and one female, and a 47-year-old Russian man living in Denmark.

Four more people were injured in the shooting: Two Danish women, aged 19 and 40; and two Swedish citizens, a 50-year-old man and a 16-year-old woman.

Images showed people running out of the mall in panic before a large contingent of heavily armed police arrived.

Police arrested the suspect, carrying a rifle and ammunition, at 5:48 p.m. local time. Officials launched a sweeping search operation across the island of Zealand for potential accomplices.

The suspect, who police say was known to them only "peripherally," was set to face questioning in front of a judge later on Monday. It remained unclear how he initially responded to preliminary charges of manslaughter.

Denmark has a relatively low level of gun violence. The attack comes after a deadly shooting in neighboring Norway last week, in which a lone shooter in the capital Oslo killed two people.