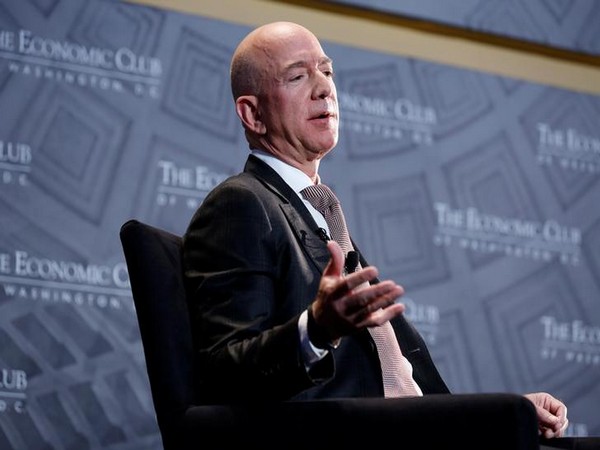 "My message to the companies running gas stations and setting prices at the pump is simple: this is a time of war and global peril. Bring down the price you are charging at the pump to reflect the cost you're paying for the product. And do it now," Biden said in a tweet on July 2. Reacting to his statement, Bezos said that Biden's remarks amounted to "either straight ahead misdirection or a deep misunderstanding of basic market dynamics."

"Ouch. Inflation is far too important a problem for the White House to keep making statements like this. It's either straight ahead misdirection or a deep misunderstanding of basic market dynamics," he said on July 3.

Prices of gasoline at the pump in the United States have hit record highs.

Last month, the US is calling on all oil and gas producers, including the OPEC club of the largest oil exporters, to increase their output to rein in soaring gasoline prices, according to the US secretary of energy.

Reacting to Bezos's tweet, White House Press Secretary Karine Jean-Pierre has said that oil prices have dropped by about USD 15 over the past month, but prices at the pump have barely come down.

"Oil prices have dropped by about $15 over the past month, but prices at the pump have barely come down. That's not "basic market dynamics." It's a market that is failing the American consumer," she said.

Defending Biden's tweet urging gas companies to lower their prices, US National Security coordinator John Kirby said: "I think anybody that knows President Biden knows he's plain-spoken and he tells exactly what he's thinking in terms that everybody can understand."

Meanwhile, US President Joe Biden had called on Congress to suspend the federal gas tax for 90 days, as Americans need immediate relief amid the nation's soaring gas prices.

"By suspending the 18-cent gas tax -- federal gas tax for the next 90 days, we can bring down the price of gas and give families just a little bit of relief," Biden had said in a speech at the Eisenhower Executive Office Building.