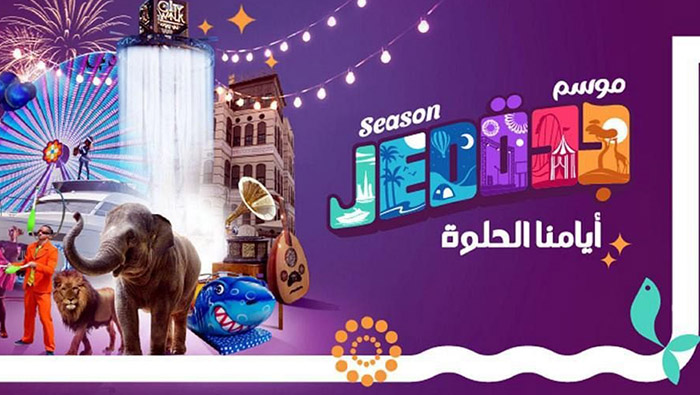 Jeddah: Since its launch at the beginning of last May, the Jeddah Season has achieved a new record in the number of visitors, attracting more than 5 million visitors from inside and outside the Kingdom of various nationalities and ages.

This large number reflects the extent of the Jeddah Season's offerings to its visitors, the variety and distinction of activities, and its ability to satisfy all desires. It also reflects the magnitude of the social and economic mobility generated by the season, as well as the abundance of employment opportunities created for young Saudi men and women working at the event sites. This accounts for 80% of the season's total workforce, whether in stores, restaurants, cafes, markets, or other organizational and logistical services.

This number represents a new indicator of the Jeddah Season's success. It also translates the high demand for the season's activities, as tickets for many events were sold out shortly after their release to the public, as well as the level of general satisfaction with the season's activities and programs and their distinction, as Jeddah has become now a permanent tourist destination in the world.

The city is now visited by tens of thousands of visitors from all over the world to enjoy international shows and various exhibitions, some of which are being held for the first time.