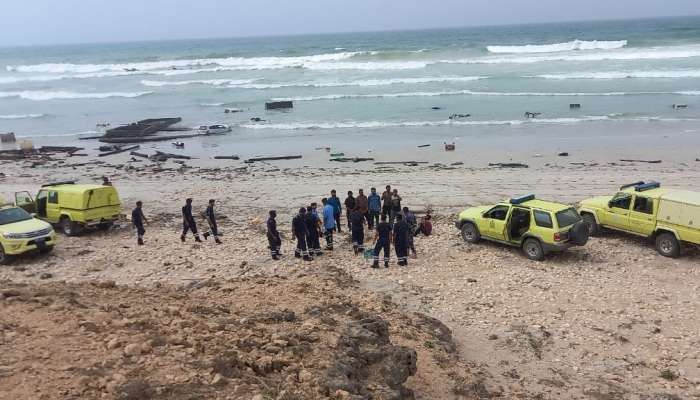 Muscat: There were two deaths and three injuries after a wooden boat carrying 10 people sank off the coast of the Wilayat of Taqa in Dhofar Governorate, Civil Defence and Ambulance Authority (CDAA) said.

CDAA said in a statement: "The rescue teams of the Civil Defence and Ambulance Department in the Governorate of Dhofar dealt with the sinking of a wooden boat carrying 10 people of Asian nationality and loaded with a group of vehicles off the coast of the Wilayat of Taqa."

The Authority added that as a result of the accident, two people died and eight people were rescued, including three with moderate injuries. They were taken to the hospital to receive the necessary treatment.