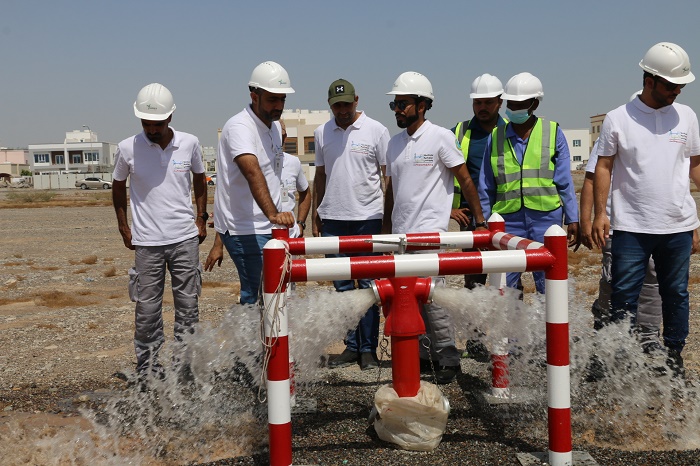 Muscat: Oman Water and Wastewater Services Company (OWWSC) has completed the implementation of two projects relating to water in the Wilayat of Al Seeb. The first project involves a water transmission line between Barka and Seeb. The second project involves the expansion of water distribution networks in Maabilah Seven.

Regarding the water transmission line project from the desalination plant in Barka to the Wilayat of Al Seeb, Engineer Younis al Zakwany, project manager, stated that work was completed within a period of eight months. There are 3,500 beneficiaries of the project.

The length of the water transportation line is 18 km, and it supplies approximately 100,000 cubic meters of water per day, which is equivalent to more than 26 million gallons. This water is pumped into the water distribution networks in the Wilayat of Al Seeb.

On the other hand, Engineer Hilal bin Saif al Riyamy, working on the Water Networks Expansion Project in the Seventh Maabilah area, said: “This project was conceived in view of the expansion in urban areas and population. In addition, it came in line with the water production capacities of the Barka Desalination Plant. The project execution period lasted for 15 months.”

Al Riyami added that the current residential connections under the project are 646 units which is equivalent to around 3,500 beneficiaries. The number of units is expected to increase to 1,000 units in the coming period. The project pipes ranges from 400 mm to 110 mm in diameter, running across a length of 23 km.