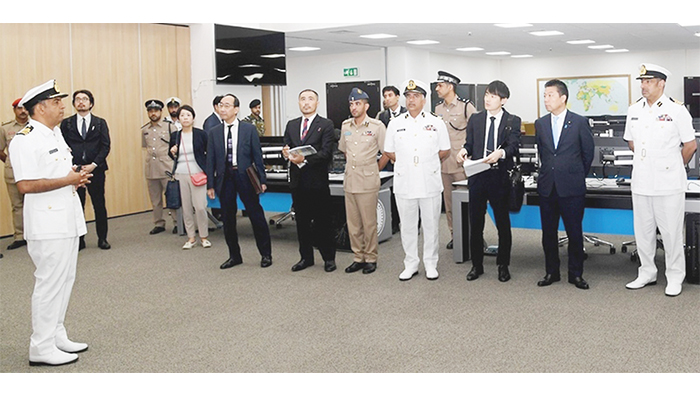 Upon his arrival, the guest was greeted by Commodore Tarik Issa Al Ra’eesi, Senior Staff Officer of the Royal Navy of Oman (RNO) and the Acting Head of the MSC.

The guest was briefed on the centre’s tactical roles and tasks in managing and leading search, rescue and environment preservation operations.

He also toured the centre’s facilities and viewed its latest equipment and technologies used in carrying out its national duties. The visit was also attended by Jota Yamamoto, Ambassador of Japan to the Sultanate of Oman.