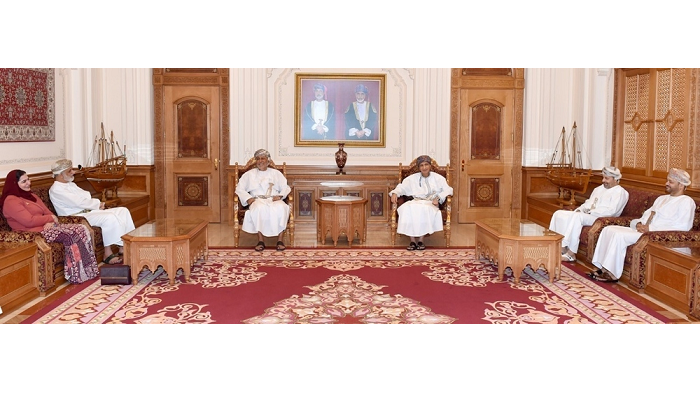 Focus is on constant coordination among all state institutions for comprehensive development. Photo: ONA

These meetings are held as per stipulated in the Basic Law of the State and the State Council Law. The meetings explore means of constant coordination among all state institutions in a bid to reach joint visions that assist in upgrading tracks of comprehensive development being witnessed by the Sultanate.

At the outset, Sayyid Fahd underscored the importance of the role of the State Council in conjunction with the Council of Ministers in performing its responsibilities represented in the implementation of the state general policies and ensuring the provision of best services to citizens.

The meeting also affirmed that the government attaches an importance to enhance the constructive cooperation and share views to achieve the supreme interest of the country.

The Council of Ministers hopes that the State Council contributes in conducting studies and providing proposals on the topics that back the efforts of the government to implement development plans and programmes and elevating the march of national action, thanks to the national expertise and competencies enjoyed by the State Council.

The Chairman of the State Council and members of the Council’s Office expressed their happiness for this meeting and the topics of significance for the upcoming stage which were raised during the meeting.

The joint meeting also reviewed the agenda that covers a spectrum of topics such as supporting integration among the state institutions to serve the public interest, means of activating the State Council’s role in providing studies and proposals to consolidate genuine values of the society and enhancing awareness on the current challenges with the aim of safeguarding the achievements of sustainable development.

Emphasis was also laid during the meeting on continuing to exert maximum efforts to serve more accomplishments being witnessed by the country under the enlightened leadership.