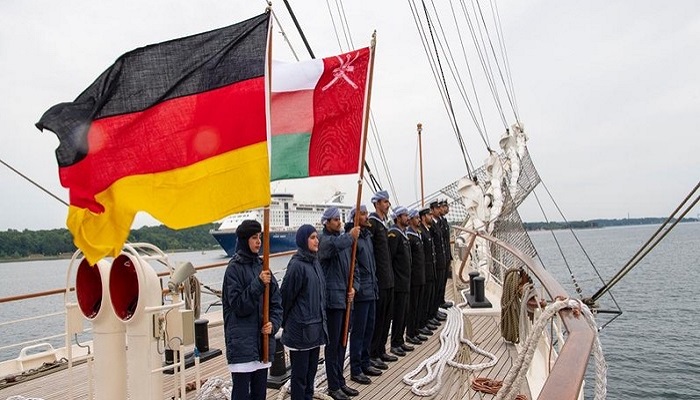 Muscat: The Royal Navy of Oman ship (Shabab Oman II) has arrived at the port of the German city of Kiel as part of its sixth international voyage (Oman, the Land of Peace).

In Kiel, Shabab Oman II will begin its first participation in this voyage, represented in Kiel Week for Sailing Ships, which will witness the participation of a number of crews of sailing ships from various countries and a large number of those interested in the field of sailing.

His Excellency Yousef bin Saeed Al Ameri, the Sultanate of Oman's ambassador to the Federal Republic of Germany, was at the forefront upon its arrival, and he listened to a briefing about the ship's itinerary, the ports at which it stopped, and the national goals of this trip.