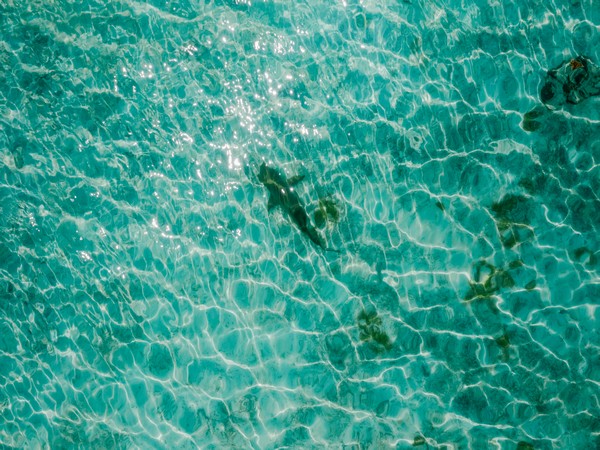 Miami: The world's coasts are urbanizing rapidly, but how this increasing human presence may affect marine species, is not yet fully understood.

In a new study led by scientists from the Rosenstiel School of Marine and Atmospheric Sciences at the University of Miami (UM), researchers tracked the movements of three species of sharks - bull, nurse and great hammerhead - in relation to the city of Miami. Given the chemical, light, and noise exposure emanating from the coastal metropolis, the researchers expected the sharks to avoid areas near the city, but it was not what they actually found.

Some animals, like pigeons and racoons, thrive in cities. These species, known as "urban exploiters," often become dependent on human garbage for food. Other animals, known as "urban adapters," may show some use of urbanized areas, but still, largely rely on natural areas. On the other hand, some species such as land predators such as wolves are very sensitive to human disturbance. These "urban avoiders" avoid big cities.

"Few studies have investigated the movements of ocean predators in relation to urbanization, but since other studies have shown that land predators are urban avoiders, we expected sharks to be too," said Neil Hammerschlag, director of the UM Shark Research and Conservation Program and lead author of the study. "We were surprised to find that the sharks we tracked spent so much time near the lights and sounds of the busy city, often close to shore, no matter the time of day."

The researchers concluded that the behaviours of the tracked sharks resembled that of "urban adapters". The study speculates sharks could be attracted to shore from land-based activities, such as the discarding of fish carcasses.

The relatively high use of urban-impacted areas by the tracked sharks may have consequences for both sharks and humans. "By spending so much time close to shore, sharks are at risk of exposure to toxic pollutants as well as fishing, which could impact their health and survival," said Hammerschlag. While shark bites on humans are rare, the study also pinpoints areas close to shore that could be avoided by human water users to reduce the probability of a negative shark encounter, promoting human-shark coexistence.