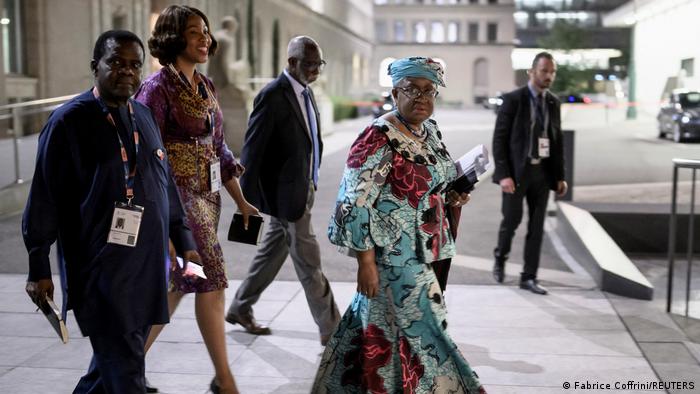 Ministers at World Trade Organization talks struck a bundle of deals, including one on measures to reform the 27-year-old global trade body itself.

WTO director-general Ngozi Okonjo-Iweala said the trade ministers had agreed to an "unprecedented package of deliverables" that would make a real difference in people's lives.

The WTO has heralded the deal as showing a new sense of cooperation at a time of multiple crises, including the war in Ukraine and the aftermath of the COVID pandemic.

"Not in a long while has the WTO seen such a significant number of multilateral outcomes," said Okonjo-Iweala, who has held the role for 15 months.

"The outcomes demonstrate that the WTO is in fact capable of responding to emergencies of our time."


The conference's flagship issue was the fisheries deal, and this was the last one that ministers were able to get across the line.

It was the culmination of negotiations to ban subsidies that encourage overfishing, which have been ongoing at the WTO since 2001. The text, aimed at making the planet fish stocks more sustainable, was watered down compared to the original.

However, Okonjo-Iweala insisted it was better to reach an agreement rather than continue negotiations for years to come.


A second major issue on the table was an agreement to waive intellectual property protections for COVID-19 vaccines, allowing developing countries to produce and export them.

That agreement was also diluted as a compromise to certain countries such as the UK and Switzerland, which host big pharmaceutical sectors.

Okonjo-Iweala said the compromise would "contribute to ongoing efforts to concentrate and diversify vaccine manufacturing capacity so that a crisis in one region does not leave others cut off."

The group said it along with some 150 other civil society organizations had urged the ministers "not to accept the current text and demand an effective and meaningful" one instead.

The main concern was that the current agreement did not apply to all medical tools, including treatment and testing. MSF also says that even the waiver on vaccines barely expands an existing exemption.