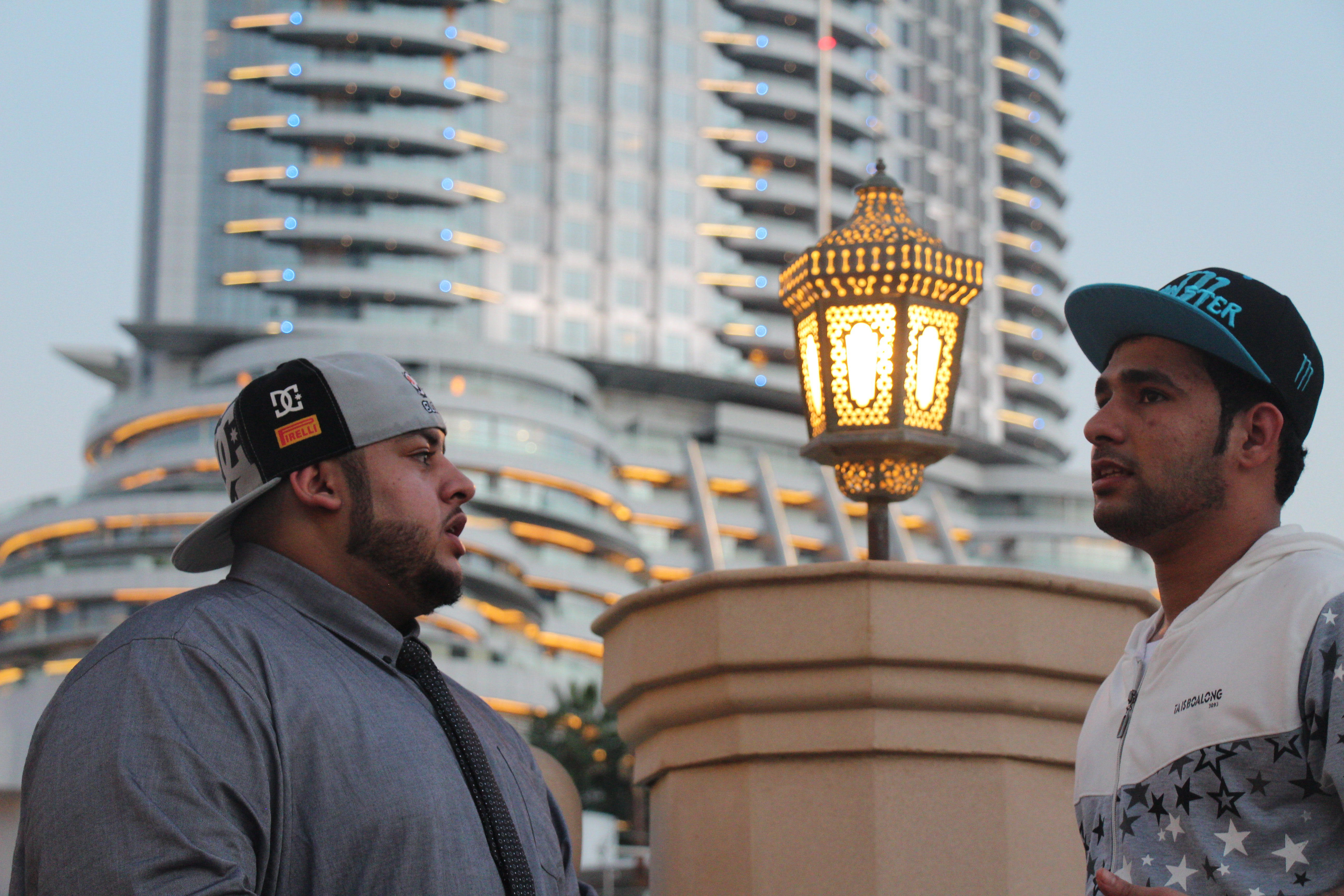 Young Omani rapper, Faisal Ahmad Salem Al Shibli, and director, Ahmad Rashid Saeed Al Shibli, are all set to enthrall music lovers in the country when they release new music video, Bint Biladi (Girl of My Country), after the Holy month of Ramadan.

Faisal, who is the composer and the vocalist, says the album aims to educate people on the need to keep vigil against abuses on girls. “Abuses are on the rise all over the world, and I think it is imperative to educate people about this serious issue. I hope the album will go a long way in achieving our goal,” believes Faisal.

It was in 2011 that the duo announced their arrival on Sultanate’s music scene with the music video titled, 26 February, which conveyed the message of peace, love, and patriotism. Their next two videos_ 3 Million that that dealt with poverty and hunger, and Sayah Fi Biladi that called for brotherhood and harmony among locals and expatriates in the country _ too were well received by music fans.

And their biggest hit came in 2013 as ‘Oman-Al-Fakhar’ (Oman the Pride), the patriotic rap song released on the eve of the National Day. The song, which highlighted the achievements of Oman under His Majesty Sultan Qaboos Bin Said, registered more than a hundred thousand hits, and is still being considered as the most popular social media song in the country.

Faisal’s tryst with music began during school days. His unwavering quest to understand various music genres paid him huge dividends as he learnt to play different musical instruments even before passing out from high school.
With an intention to pursue a career in music, he enrolled for musicology at the Sultan Qaboos University. And he found a perfect ally in Ahmad Rashid Saeed Al Shibli, a law student at SQU, who is interested in film direction. Hailing from same village in Sohar, the twosome spent many hours discussing ideas for music and films.

The most interesting fact about the music videos is that those were composed, shot, and edited by the duo without any professional help. The recording and editing of the song was done at their make-shift home studio, using the most basic equipment and softwares.
Faisal said he chose rap as a medium of reaching out to the people as it is immensely popular with the youth.

Though it was never a cakewalk for him in a country where there is little or no encouragement in music, especially the explicit forms like rap. “I was looked upon as a low life initially. People assume rap music to be a bad thing. It is just a medium. Rap is poetry with music, and I chose it because it is best for spreading social message. That’s what the genre was originally invented for”.

Faisal even hid his passion even from his father, who only came to know about it when his composition 26 February went viral and was being played everywhere and his father recognised his voice. However, the song changed things for good for the artist, and his passion got accepted by his father.

His performance of the song in Sohar as part of National Day celebrations made him much popular among people. “People praised me a lot saying I was doing a good job and that they were proud of me. Slowly they are starting to recognize my efforts.”

Faisal is so concerned about social issues and he cannot turn a blind eye to the pressing issues in the society. “Whenever I see suffering among people I feel compelled to raise a voice for change. I don’t take a dig at or slander anybody. I just bring forth the issues which need attention of authorities.”

Ahmad pointed out the social media has played a crucial role in mobilising the masses. Social media platforms like Facebook, and Youtube play a key role in informing the masses about the latest trends around the world. The social websites also helped them maintain behind-the-screen members. “There are many, especially girls, who actively participate but never want to reveal themselves. They regularly contribute to our cause, providing scripts, stories, dialogues, etc. through social sites,” he reveals.