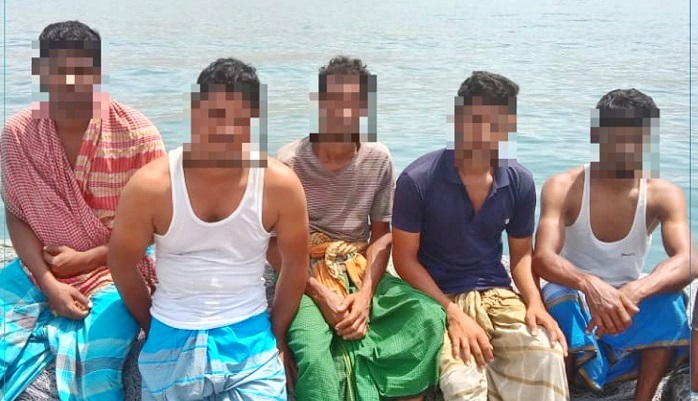 Muscat: More than 20 workers were arrested in Dhofar Governorate for violating the fishing law.

The General Directorate of Agricultural Wealth, Fisheries and Water Resources in the Governorate of Dhofar said that the inspection teams had detected various violations in various states of the governorate during the week, which are as follows:g

1) 18 workers arrested on board 4 fishing vessels (Dhow), with no fitting numbers.

2) Confiscation of (45) cages of Dawabi that were used without a license in Hasik Prosecution.

4) Arresting fishermen who use hedge nets without a license in the fishing port.

The necessary legal measures were taken against the violators, and seizures were made.