France: McDonald's to pay out over a billion to settle tax fraud case 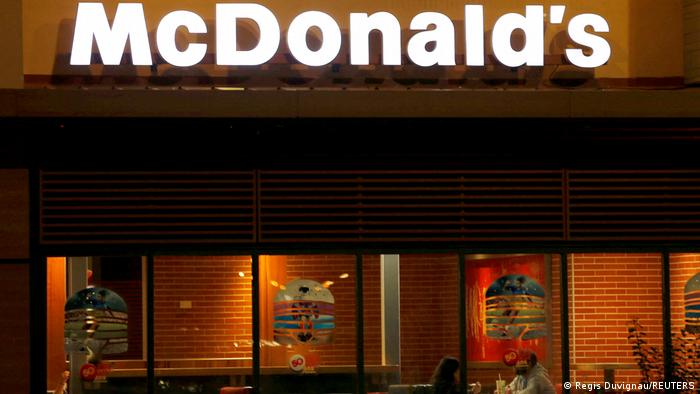 Fast-food giant McDonald's is to pay €1.25 billion (roughly $1.3 billion) to the French state to avoid a legal case over tax evasion under an agreement from May that was approved on Thursday by a Paris court.

The settlement is made up of a €508 million fine and €737 million in back taxes.

"On condition of payment of the fine, the validation of the agreement means the end of the prosecution," chief financial prosecutor Jean-Francois Bohnert said in a statement.

He said that McDonald's would end up paying 2.5 times the amount of tax it had avoided.
What is McDonald's accused of?

McDonald's French operation has been accused of creating artificially low profits by paying licensing fees to its parent company in Luxembourg to reduce its tax bill.

Prosecutors had opened an official preliminary probe in 2016 after union officials reported the company for covering up tax evasion.

Reports at the time said the company was was suspected of defrauding the state of €75 million per year.
What has McDonald's said?

In a statement, McDonald's said it had already paid $2.2 billion in taxes over the period in question between 2009 and 2020.

"This agreement ends a tax case and a judicial investigation without acknowledging fault," the company said.

"McDonald's France is working proactively with French tax authorities to agree the current and future level of brand and knowhow fees," it said.

The largest-ever tax fine seen in France, €2.1 billion, was paid by aircraft builder Airbus in 2020 .