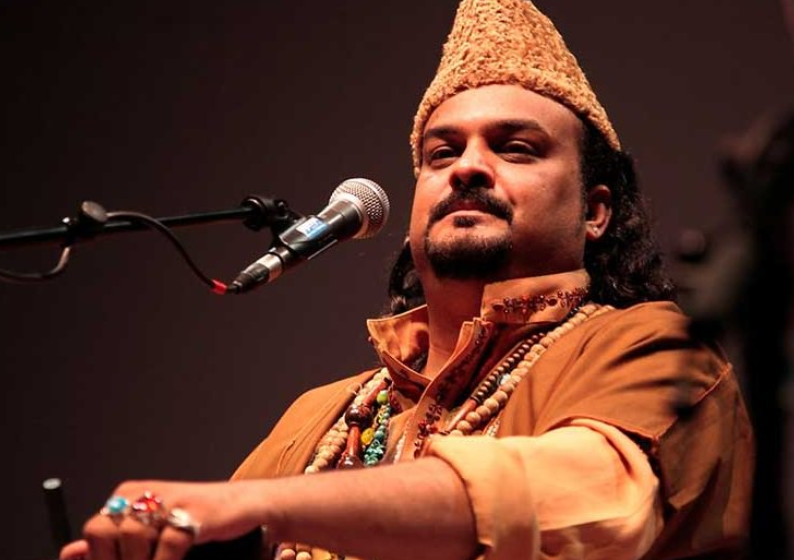 Islamabad: Motorcycle-borne gunmen on Wednesday shot dead an acclaimed Pakistani singer in the busy port city of Karachi, police said, two days after masked men kidnapped the son of a top provincial judge.
Karachi, a metropolis of about 20 million people, is home to Pakistan's stock exchange and central bank and is plagued by political, ethnic and sectarian violence.
Amjad Sabri, 45, was one of South Asia's most popular singers of the 'qawwali', Sufi devotional music that dates back more than 700 years.
Officials said two gunmen shot at the windscreen of Sabri's car as it drove off a bridge in the congested Liaquatabad area of the southern city, and a relative travelling with him was also injured.
"Two attackers riding a motorcycle intercepted his car and targeted Amjad Sabri, who was driving," Sindh police chief Allah Dino Khawaja told Reuters.
There was no immediate claim of responsibility.
"Amjad Sabri expired on the way to the hospital," police surgeon Rohina Hasan said. "He was shot three times."
Police gave no further details.
Violence is common in Karachi despite a sharp decline in murders since the Pakistani military launched a crackdown two years ago against suspected militants and violent criminals.
On Monday, a lawyer, the son of Sindh High Court Chief Justice Sajjad Ali Shah, was abducted outside a city supermarket. The motive for the kidnapping was not immediately clear, authorities said.
In May, gunmen shot dead prominent Pakistani rights activist Khurram Zaki, known for his outspoken stance against the Taliban and other radical Islamist groups, in the central part of the city.
In April last year, prominent activist Sabeen Mahmud was shot and killed while travelling in her car. (Writing by Mehreen Zahra-Malik; Editing by Clarence Fernandez)