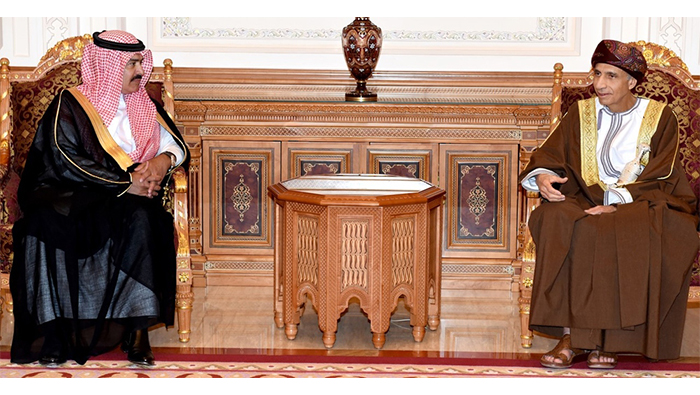 The meeting comes within the context of the 58th meeting of the FGCCC being hosted by the Sultanate of Oman.

HH Sayyid Fahd reviewed experience of the private sector in the Sultanate of Oman spanning over half a century through providing conducive milieu, as well as the GCC experience and the progress made in many fields to serve future of successive generations.

He expressed appreciation of the Sultanate of Oman for the benign efforts exerted by the FGCCC to push the march of joint economic action and enhance the private sector’s role in establishing projects and supporting GCC investments.

Means of tackling global economic crises related challenges and their repercussions on all countries were also reviewed during the meeting.

On their turn, the FGCCC President, Secretary General and members expressed their thanks for Oman’s host of the meeting, as well as the good preparations that contributed to reaching many positive outcomes. They also valued Oman’s constant support to the GCC march. They also hailed various achievements made at all levels in Oman.