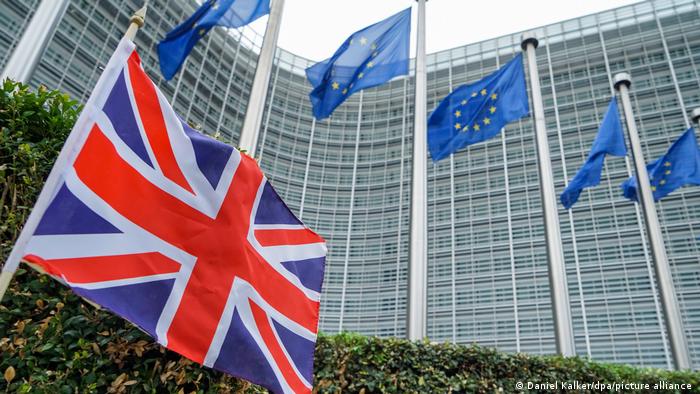 "There is no legal or political justification whatsoever for unilaterally changing an international agreement," Commission vice-president Maros Sefcovic said.

"More precisely to break an agreement that protects peace and stability in Northern Ireland," he said. "Let there be no doubt. There is no legal nor political justification whatsoever for unilaterally changing an international agreement."

Sefcovic added that "opening the door to unilaterally changing an international agreement is a breach of international law, as well. So let's call a spade a spade. This is illegal."


A new bill proposed by the UK government would remove customs checks on some goods entering Northern Ireland from the rest of the UK, overriding parts of the trade treaty the Prime Minister Boris Johnson signed with the EU less than two years ago.

The EU believes that this unilateral decision is violating international law. The so-called Northern Ireland Protocol is the part of the Brexit deal which keeps Northern Ireland in the EU's single market for goods.

when the UK unilaterally extended a grace period that applies to trade on the island of Ireland.

That action had been put on hold in September 2021 as both parties tried to find joint solution. In addition, the EU will kick off further action against Johnson's government for a perceived failure to carry out necessary controls under the EU rules, and to provide trade statistics data as required under the protocol

The border between Northern Ireland, which is part of the UK, and the Republic of Ireland, which is in the EU, was a major sticking point in Brexit negotiations as lawmakers sought to preserve a status quo that had helped end decades of civil conflict. Since Brexit talks began, the EU has repeatedly acused Britain of putting this hard-won peace in jeopardy.