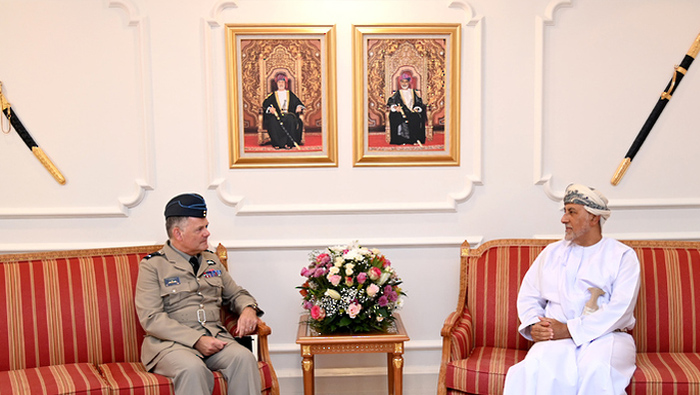 The two sides reviewed areas of military cooperation between the two countries and means of enhancing them. They also discussed several matters of common interest.

The meeting was attended by the Ambassador of the UK to Oman and the Defence Attache at the British embassy in Muscat.