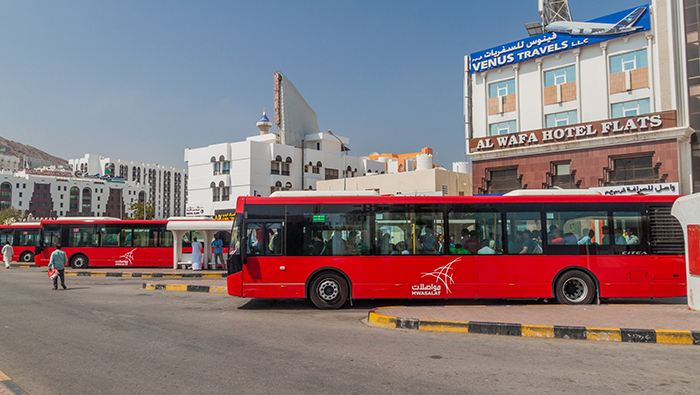 The list, which was compiled on Numbeo, one of the world’s largest cost of living databases that relies on input from people to put together data on quality of life indicators. Photo: File

Muscat: Oman’s capital has been included in cities across the world with affordable public transport.

The list, which was compiled on Numbeo, one of the world’s largest cost of living databases that relies on input from people to put together data on quality of life indicators such as housing, perceived crime rates, healthcare quality, transport quality and other statistics.

A one-way ticket on public transport in Muscat will cost commuters an average of $1.30 or about half a Rial, a cost that is on the expensive side when compared to countries in the Gulf Cooperation Council (GCC).

The most expensive city listed among the GCC countries is Sharjah, where public transport costs an average of $2.18 for a one-way ticket. Dubai and Ajman (both $ 1.36) and Riyadh ($1.33) too are more expensive than Oman.

However, the Saudi Arabian cities of Dammam ($0.80) and Jeddah ($0.92) are cheaper when it comes to public transport. The capitals of the remaining GCC countries also offer more affordable public transport to people.

On average, a one-way ticket on public transport in Kuwait City costs less than a dollar ($0.98), while in Manama, Bahrain, commuters need to fork out just $0.80.

In Doha, that cost falls even lower to just $0.55, while Abu Dhabi is listed as the most affordable city among the GCC countries, at just $0.54 for a one-way trip.

Among the 482 cities listed around the world, public transport is the most expensive in Hamilton, Bermuda, where a single trip can average around $5, Eindhoven in the Netherlands ($4.73), Trondheim in Norway ($4.38) and the famed university town of Cambridge in the UK ($4.3) are also among the costliest places when it comes to public transport.

Most cities in the Netherlands, including Rotterdam, Haarlem and The Hague, as well as those in Norway, such as Plymouth, Aberdeen and Oxford, are also listed as the most expensive.

The only outsider in the otherwise European list of cities that make up the top 10 expensive places in the world is Brisbane, Australia, where a ticket can set commuters back by an average of $4.21.

Cities in most countries in the developed world, including Sweden, Germany, Finland, Denmark, Canada, Switzerland and Belgium have higher costs of public transportation, while those in other regions of the world have far more affordable rates.

In the United States, public transport charges differ greatly among states and even cities. Nashville in the state of Tennessee has the most expensive public transport system, priced at an average of $3.07 for a one-way ticket, followed by Dallas, Texas; Denver, Colorado; and Oakland, California (all at $3).

At the other end of the spectrum, commuters in Albuquerque in New Mexico near the country’s southern border and Rochester in New York near the border with Canada, need to pay just a dollar as fare.

Luxembourg is the only country in the world where public transport within its territory is free for everyone.