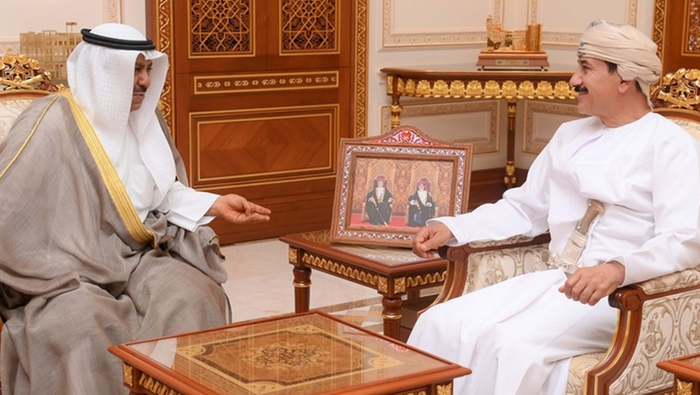 Muscat: Gen. Sultan Mohammed Al Nu’amani, Minister of the Royal Officer received here today Dr. Sulaiman Abdullah Al Harbi, Ambassador of the State of Kuwait to Oman to bid him farewell at the end of his tour of duty as his country’s ambassador to Oman.

During the meeting, the ambassador commended the advanced relations binding the two countries. He expressed his appreciation for the cooperation he enjoyed during his duty in the Sultanate of Oman.

On his turn, the Minister of Royal Office thanked the ambassador for his efforts in enhancing the bilateral relations between the Sultanate of Oman and the State of Kuwait, wishing him continuous success.