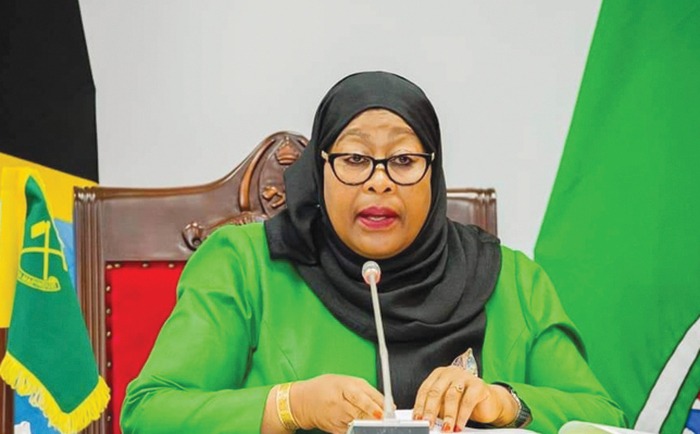 Muscat: The relations between the Sultanate of Oman and the United Republic of Tanzania, especially in the economic field, is set to enter a new phase with the meeting between His Majesty Sultan Haitham bin Tarik and President Samia Suluhu Hassan at Al Alam Palace in Muscat on Sunday.

Besides sharing age-old ties and a common culture, the two nations enjoy healthy trade partnership of OMR30.6 million. Statistics also reveal that in 2021 the balance of trade lay in the Sultanate’s favour.

Omani exports, including that of plastic products, oil derivatives, electrical goods, home appliances and food items, to Tanzania in 2021 stood at OMR40.1 million, according to statistics issued by the National Centre for Statistics and Information (NCSI).

Omani imports from Tanzania during the same year stood at approximately OMR9.500 million, and included mainly food items and meat.

It may be mentioned that Oman Investment Authority plays a key role in facilitating investments in East Africa following the opening of its office in Tanzania in February 2015.

The OIA’s investment portfolio includes the port of Mangapwani, Zanzibar in Tanzania, for which the procedural phase has already been completed. It will be followed by execution along with rehabilitation and development works at Malindi Port and adjacent areas. A Memorandum of Understanding has been signed and the joint teams have commenced feasibility studies, besides offering a number of services.

OIA’s Omran Group is currently involved in negotiations to offer its expertise in the field of tourism and develop and manage the historic and tourist landmarks in Tanzania.

Besides, the visit of the Tanzanian trade delegation to the Sultanate last February  contributed in familiarising the delegation  with investment opportunities in the fields of industry, agriculture, fisheries, mining, logistic services, tourism, health, education, renewable energy and information technology along with infrastructure required at ports and free zones  and legislations supportive of investments and trade in the Sultanate, including exemption from tax for five years, renewable to ten years and tax exemptions on equipment for establishment and expansion of industrial projects.

The two countries enjoy good relations at the political level and they hold regular sessions of discussions, the latest of which was the one held in Tanzania last March, which reaffirmed their commitment to dialogue and peaceful methods for resolving conflicts.