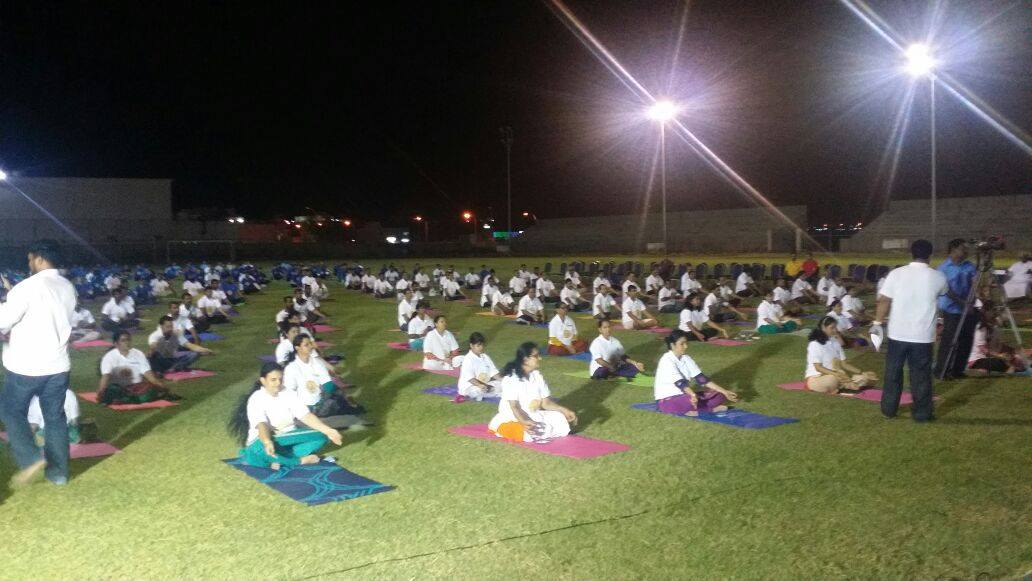 MUSCAT: Around 3,000 people took part in the a Muscat yoga session organised by the Indian embassy as part of the 2nd international day of Yoga, the Indian ambassador posted on his official Facebook account.
“It was a great success. For the first time in Oman, so many people practised yoga together under one roof. Events organised in Salalah, Sohar and Sur were also a great success.
**media[438477]**
"A large number of yoga events were held in various cities of Oman, including Indian schools, in which thousands participated,” Indra Mani Pandey, the Indian ambassador to Oman, posted while thanking the Oman government and the Indian community for making the event a grand success.
In Muscat, the Minister of Sports of Oman was the chief guest and Under Secretary at Ministry of Foreign Affairs was the Guest of Honour. Formula 1 Car Racer Ahmed Al Harthi was also present at the event.
Participants in Sur told Times of Oman that the event was a grand success.
“We expected only 150. But 400 turned up. We had made arrangements for the extra people at the last moment,” Sajith Karimbil from Yoga Samithi in Sur, said.
The United Nations General Assembly declared June 21 as International Day of Yoga on December 11, 2014.
The declaration came after the call for the adoption of June 21 as International Day of Yoga by Prime Minister of India Narendra Modi, during his address to UN General Assembly in September, 2014.
Para 2 of the Resolution “Invites all Members and Observer States, the Organizations of the United Nations System and other international and regional organizations, as well as civil society, including non-governmental organizations and individuals, to observe the International Day of Yoga, in an appropriate manner and in accordance with national priorities, in order to raise awareness of the benefits of practicing yoga,”.
The first International Day of Yoga was celebrated on 21st June 2015 in more than 192 countries across the world by millions of people.