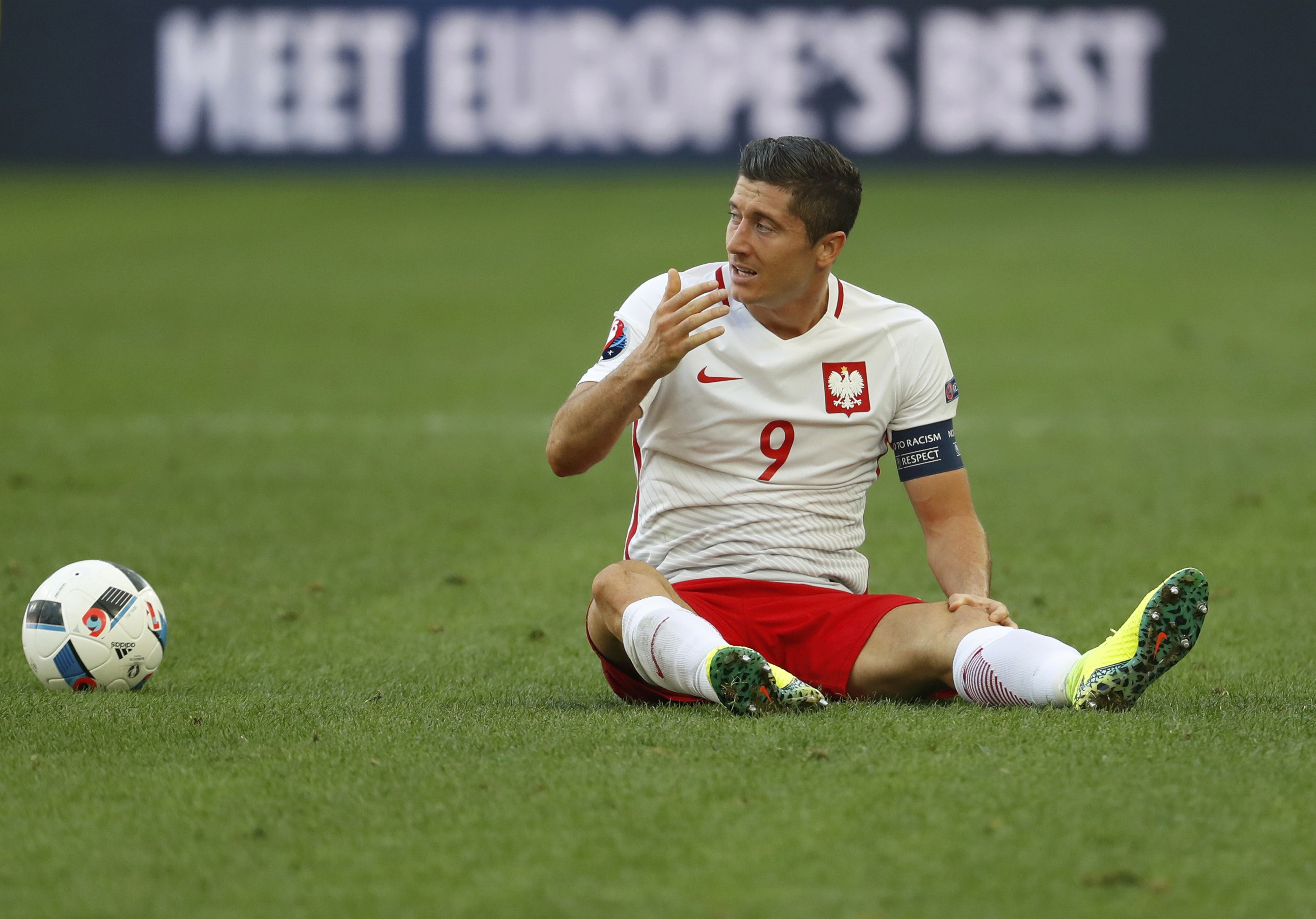 Marseille, France: Poland striker Robert Lewandowski is still the team's driving force despite the goal drought he is currently enduring, his coach Adam Nawalka said on Tuesday.
Lewandowski failed to score as Poland beat Ukraine 1-0 in Euro 2016 Group C to reach the last 16, the sixth successive international in which the Bayern Munich forward has failed to find the net.
"The fact that Robert Lewandowski hasn't scored a goal is not a problem for the team at all," Nawalka told a news conference.
"He has a lot of influence on the way we play. He is an incredibly important player for us. He is our engine, like a locomotive and he provides us with power."
The 27-year-old Lewandowski, the leading scorer for any country in Euro 2016 qualifying with 13 goals, missed a gilt-edged chance to put Poland ahead against Ukraine after four minutes but blazed a wild shot over the bar.
"He creates many chances and it is only a question of time until he scores again," Nawalka said. "I think he will score in the next match."
Poland's goal came from a delightful curling strike by midfielder Jakub Blaszczykowski nine minutes after he was sent on as a halftime substitute.
"Kuba is an important player for us," Nawalka said. "He is very experienced. He has a great influence on the way we play."
Blaszczykowski, 30, captained Poland when they co-hosted Euro 2012 with Ukraine and he has won over 80 caps.
"We were losing control of the midfield and that's why I sent him on," Nawalka said. "He increased the quality of the play when he came on and he has many great matches to play ahead of him."
Poland, in the knockout stages of the European Championship for the first time, play Switzerland in the last 16 on Saturday.
The Swiss, runners-up in Group A, will have had two more days to prepare for the match but Nawalka is not concerned.
"We have enough time to get ready," he said.
"Switzerland is a team playing football at a high level. They are one of the most interesting teams in the tournament and we are expecting a very difficult match."