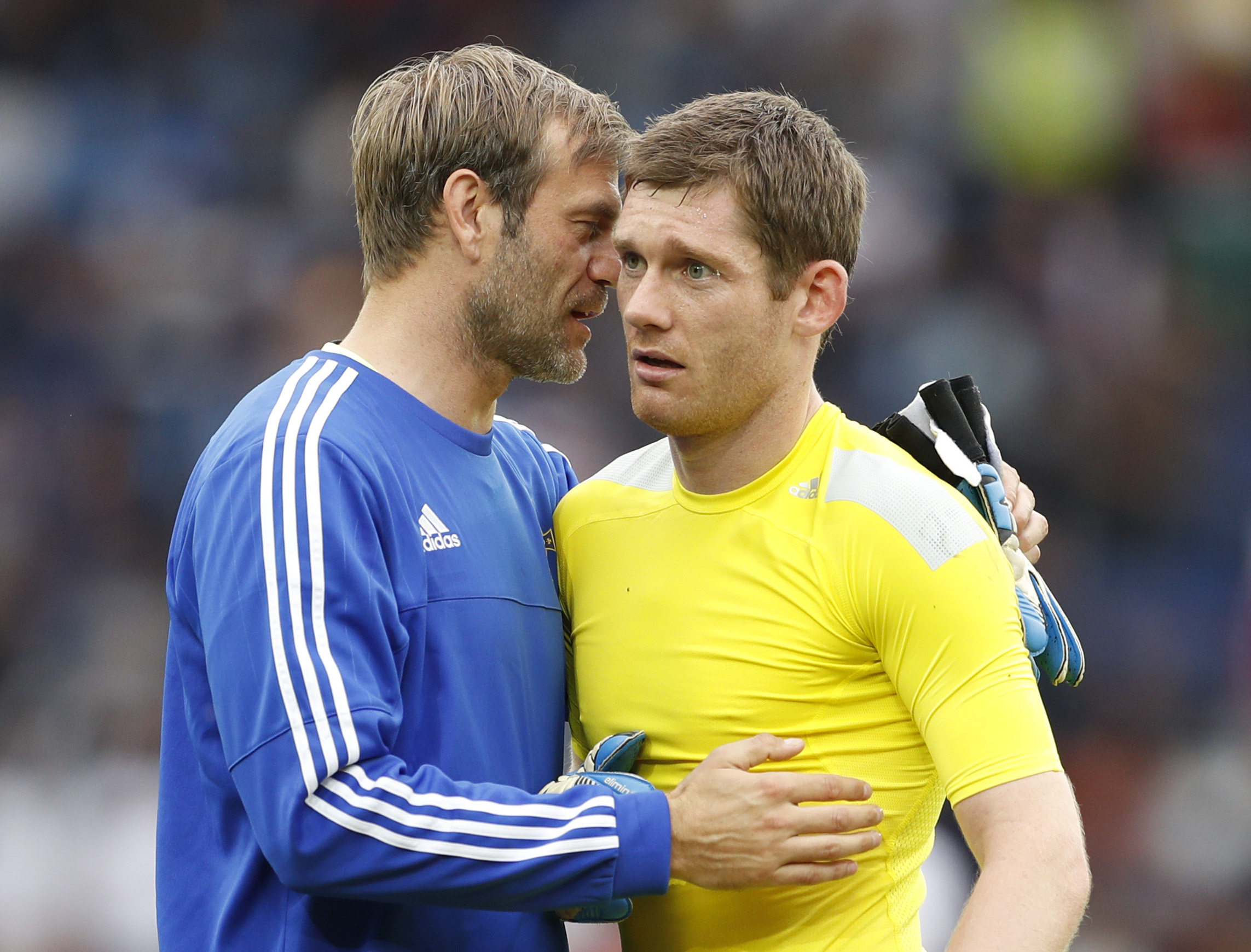 Paris: Northern Ireland keeper Michael McGovern's heroics in their 1-0 defeat by Germany at Euro 2016 on Tuesday were likened to the performances of the great Pat Jennings by coach Michael O'Neill whose side could still reach the last 16.
World champions Germany were rampant in the Group C clash, with 26 attempts on goal of which nine were on target, but McGovern was equal to all but one of those -- Mario Gomez's 30th minute deflected effort that decided the contest in Paris.
"He's an exceptional goalkeeper, the types of saves he made tonight show not only his bravery but also his speed in coming off his line, closing people down," said O'Neill.
"He didn't put a foot wrong all night. The players gave him a round of applause when he came into the dressing room.
"It was a phenomenal performance and up there with the great goalkeeping performances we've had in the past from the likes of Pat Jennings, Tommy Wright, Maik Taylor, in big games."
Jennings is Northern Ireland's record appearance holder following a 22-year international career and is widely regarded as one of the greatest goalkeepers of all time.
O'Neill's team finished third following a win against Ukraine and defeats by group winners Germany and runners-up Poland and must wait for the other groups to finish to see if they have qualified as one of the four best third-placed sides.
The coach will be watching the remaining group matches.
"Given the quality that's in our group we've done remarkably well and the players deserve the opportunity to play in the round of 16," O'Neill added at the post-match news conference. "Hopefully the results will go our way."
He also defended Northern Ireland's cautious approach against Germany.
"If the other team have the ball in football you have to defend. You have to be realistic -- when you read the team sheet for Germany you see Bayern Munich, Barcelona, Real Madrid, Manchester United, you don't see that on our team sheet," said O'Neill.
"It's not my job to set up my team for Joachim Low's team to beat us 7-0. If people are upset at the nature of how we played I don't really care. We're a very small nation with a very small group of players."