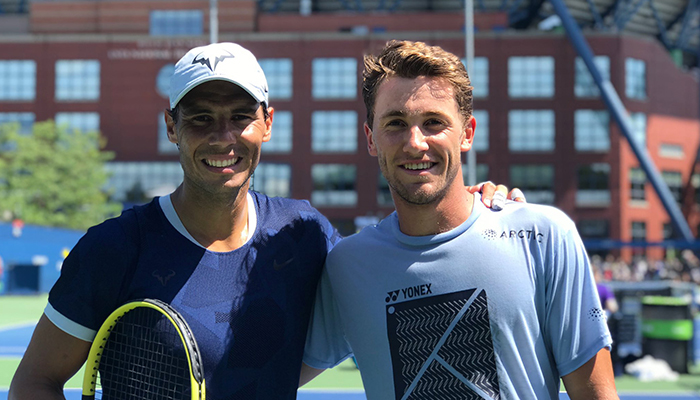 Ruud, after losing the first set, packed his stamina and went to attack Cilic after the game, displaying a variety of his shots. With this match, Ruud became the first Norwegian man to reach a Grand Slam final on Friday when he set up a French Open title clash with 13-time French Open champion Rafael Nadal.

While the match was going on, a protester ran onto the court and tried to tie herself by the neck to the net. She wore a shirt which bore the slogan: "We have 1028 days left" before being eventually cut free by security staff. The shirt represents a climate change activism group in France. They carried her off of Court Philippe-Chatrier. Ruud and Cilic were also escorted off the court into the locker room until security made sure the court was safe again. The match resumed after a 15-minute delay.

"It was a great match from my side. I didn't start the greatest but Marin played a very good first set," said the 23-year-old Norwegian after the match concluded.
"I look up to Rafa (Rafael Nadal). He's the perfect example of how to behave on the court, never gives up and never complains. He's been my idol all my life," Ruud said.