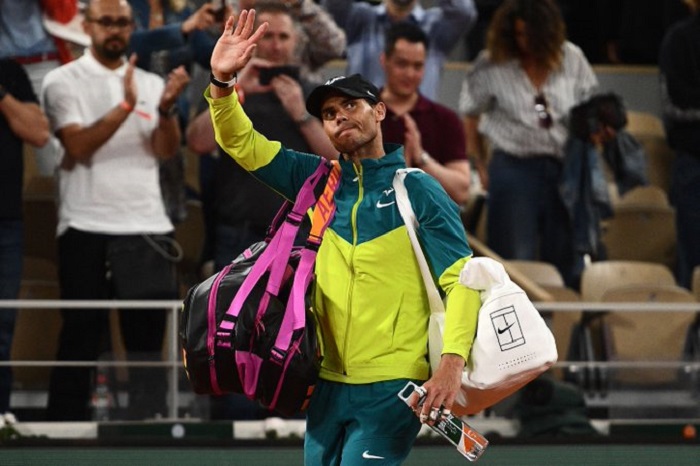 Paris: Rafael Nadal entered his 14th French Open final on his 36th birthday after Olympic gold champion Alexander Zverev pulled out of the clash due to an injury here at the Philippe Chatrier court in Paris on Friday with a score of 7-6 (10-8), 6-6. The German injured his right ankle during the second set and had to forcibly retire.

From there on the Spaniard clawed his way back winning three games on the trot to take a 5-4 lead in the opening set. Strong serves from Zverev made it 6-6 as the match went to a tie-breaker.

The tie-breaker was also a closely fought battle where the Spaniard despite trailing 2-5 made it 6-6 and won it 10-8 to take the opener 7-6.

Zverev held his serve and broke the 13-time French Open for the third consecutive time in the second set to take a crucial 4-2 lead. The 36-year-old Spaniard fought back to make it 5-5. At 6-6, the second set also went to a tie-breaker.

In the second set tie-breaker both the players fought valiantly as the scores were tied at 6-6. The third seed Zverev screamed in pain when he went down on the baseline stretching for a ball on the final point of the 12th game of the second set. After some time the 25-year-old returned to the court on crutches and conceded the match. With this win, Nadal entered his 14th French Open final.