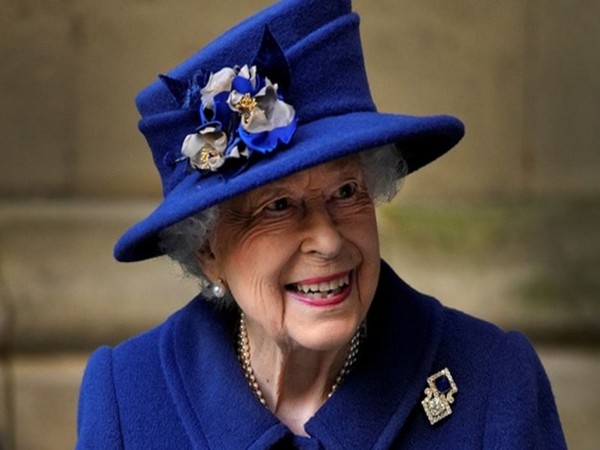 London: Queen Elizabeth will skip Platinum Jubilee festivities on Friday at St Paul's Cathedral after experiencing "some discomfort" during an event outside the Buckingham Palace on Thursday, New York Post reported citing a Palace statement.

The 96-year-old monarch will skip the National Service of Thanksgiving at St Paul's Cathedral "with great reluctance" on the second day of the four-day celebration. "The Queen greatly enjoyed today's Birthday Parade and flypast but did experience some discomfort," the palace said in a statement, as per New York Post.

"Taking into account the journey and activity required to participate in tomorrow's national service of thanksgiving at St Paul's Cathedral, Her Majesty with great reluctance has concluded that she will not attend," it added.

The British Queen is the first British Monarch to celebrate a Platinum jubilee after marking 70 years of service to the people of the United Kingdom, Realms and the Commonwealth.

"Her Majesty's unprecedented 70 years of service to the United Kingdom are an inspiration to Americans, who deeply admire the Queen and are grateful for her decades of friendship with the United States. Through our special relationship, common history, and shared values, we work together to uphold democracy, human rights, and the rule of law worldwide. Our countries collaborate closely on virtually every significant challenge and opportunity the world over precisely because we have no closer partner," added the statement.

The US on Thursday congratulated Queen Elizabeth II on her Platinum Jubilee and an official birthday.

"On behalf of the United States of America, I congratulate Her Majesty Queen Elizabeth II and the people of the United Kingdom on the occasion of Her Majesty's Platinum Jubilee and official birthday," read a press statement from US Secretary of State, Antony Blinken.

Blinken further sent his heartfelt wishes for peace, prosperity, and good health to Her Majesty and all the people across the United Kingdom.

The first of four days of nationwide celebrations in Britain to commemorate her reign started with fanfare on Thursday.

"Jill and I wish Your Majesty a joyful Platinum Jubilee celebration. On behalf of the United States, congratulations to Queen Elizabeth II on an unprecedented 70 years of service to the UK and Commonwealth and thank you for your friendship to the American people," tweeted US President Joe Biden.

"Your Majesty, it is my privilege to extend to You, on behalf of the French people, my heartfelt congratulations on Your Platinum Jubilee," tweeted French President Emmanuel Macron.