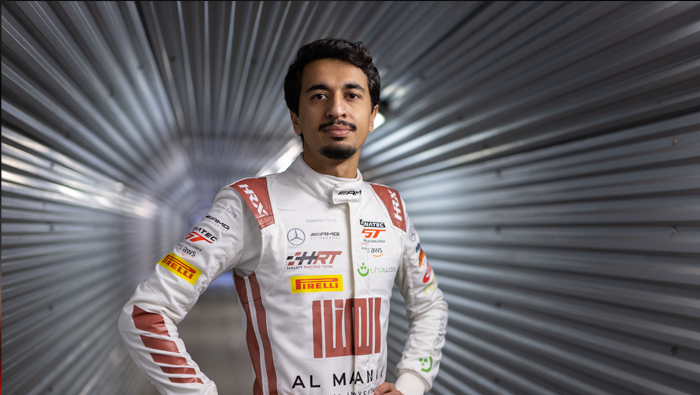 Paul Ricard (France): Oman’s Al-Faisal Al-Zubair returns to action after a two-month break to take part in the Silver category at this weekend’s Paul Ricard 1,000km, round two of the Fanatec GT World Challenge Europe Powered by AWS.

Al-Zubair teams up with Germany’s Fabian Schiller and Zimbabwe’s Axcil Jeffries to drive a Mercedes-AMG GT3 running under the Al-Manar Racing by HRT banner. Once again a round of the series has attracted a massive entry and the trio will face fierce competition during the six-hour, 1000km endurance race on the demanding French circuit.

They completed 94 laps of the demanding Italian Imola circuit at the opening race in early April and reached the finish in fifth position. Victory in the Silver category that weekend fell to Team WRT’s Thomas Neubauer, Benjamin Goethe and Jean-Baptiste Simmenauer in an Audi R8 LMS.

Al-Zubair said: “Round two of the GT World Challenge Endurance and it’s been quite a long break from the first round, around two months. I am really looking forward to this round. Paul Ricard is a track I feel comfortable at. It’s not my favourite but I’ve done well here and we’ve tested on it. We are hoping to go out there and get some good results this weekend.

“We have a strong team line-up. We had some issues with the car in Imola, mostly in regards to the tyres. But, hopefully, the feedback we gave to the engineers and the whole team, we will be able to get back to some good results this weekend and get the momentum going for the rest of the championship.”

A 90-minute free practice session for the Fanatec GT World Challenge powered by AWS gets underway at 14.20hrs on Friday afternoon. Crews will then benefit from a pre-qualifying session, starting at 19.20hrs.

The weekend’s race meeting is shared with the GT4 European Series, Lamborghini Trofeo and Formula Regional Championship by Alpine. Fanatec GT World Challenge entrants return to the circuit for their one-hour qualifying session, starting at 11.30hrs on Saturday.

The six-hour, Paul Ricard 1000km endurance race then takes centre stage from 18.00hrs on Saturday evening and finishes at midnight.