Africa home to all of world's top 10 neglected crises 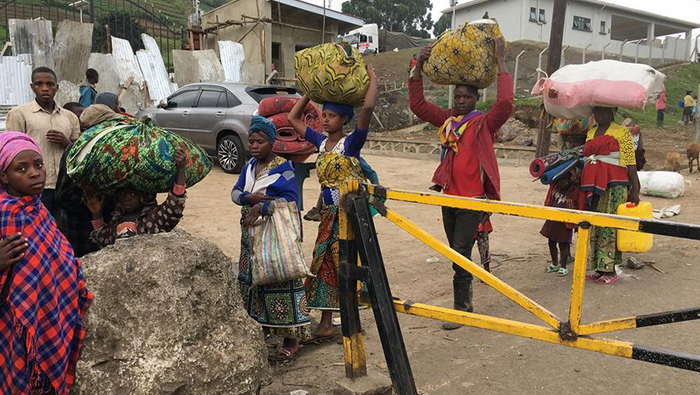 Kinshasa: Ten African nations top a list of countries where people's suffering from displacement and conflict is internationally neglected, according to an annual ranking by the Norwegian Refugee Council.

The Democratic Republic of the Congo (DRC) is the most neglected country on the list for the second year running, followed by Burkina Faso, Cameroon and South Sudan.

"DRC has become a textbook example of neglect," said Jan Egeland, secretary-general of the aid organization, said in a statement marking the report's launch on Wednesday.

"It is one of the worst humanitarian crises of this century, yet those inside and outside of Africa with power to create change are closing their eyes to the waves of brutal and targeted attacks on civilians that shatter communities," Egeland said.

Some 5.5 million people were internally displaced in DRC in 2021 because of intercommunal tension and conflict, the report noted, with a further 1 million fleeing to neighboring countries.

Having to flee their homes leaves people at risk of starvation and children without education and can prolong the conflicts and violence that are often responsible for the displacements in the first place.

One-third of the population, or some 27 million people, went hungry in DRC last year.

"I can't plan for my children's future, there is nothing beyond finding food each day," a 37-year-old mother in DRC's conflict-ridden northeastern Ituri province told the refugee council.

Five of her family members were killed in a massacre and her house was burned to the ground.

"The world doesn't know how we suffer here," she said.

The annual ranking aims to highlight the plight of people who receive no or only inadequate assistance and whose suffering rarely makes international headlines.

The report criticises that international media outlets rarely cover the countries on the list "beyond ad-hoc reporting on major new outbreaks of violence or disease."

On top of this, restrictions on press freedom in many of the affected countries make it difficult for local media to cover the conflicts and the resulting displacements.

As well as making it into the top 10 neglected crisis list, Sudan and Nigeria, for example, are both towards the bottom of international press freedom rankings.
Although Burkina Faso ranks relatively high in terms of media freedom (ranking 41 in Reporter Without Borders' annual list), journalists were virtually banned from accessing displacement sites in the West African country, according to the report.

"This ban significantly contributed to insufficient media coverage of humanitarian issues and a lack of reliable and independent information on attacks and security developments," the report found.

Burkina Faso is facing a surge in violence, which has driven tens of thousands of people out of their homes. Despite this, international funding for the humanitarian response was "less than half of the total needed" for 2021, according to the report.
Ukraine war overshadowing other crises

The refugee council analysis also singles out the war in Ukraine to highlight that it is possible for governments, private firms and international media to react

"The war in Ukraine has demonstrated the immense gap between what is possible when the international community rallies behind a crisis, and the daily reality for millions of people suffering in silence within these crises on the African continent that the world has chosen to ignore," Egeland said.