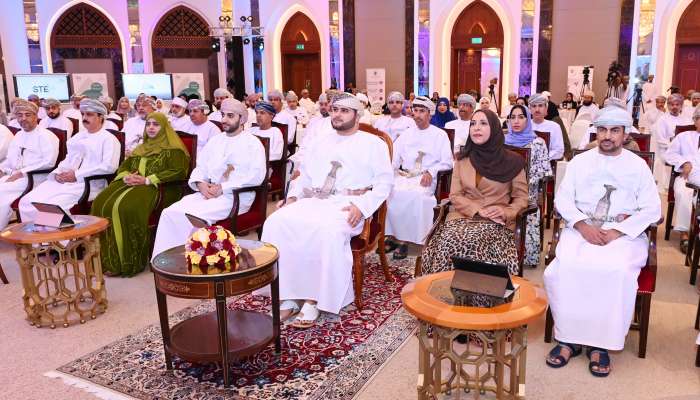 Muscat: His Highness Sayyid Belarab bin Haitham bin Tarik Al Said sponsored the opening ceremony of the Educational Initiatives Forum (Towards Achieving Oman Vision 2040), in the presence of Dr. Madiha Al Shaibaniya, Minister of Education, and a number of their highness and excellencies, and a number of honourable members of the State Council, Shura Council.

The two-day forum is organised by the Ministry of Education represented by the Directorate-General of Education in the Governorate of Muscat.

The forum aims to keep pace with Oman’s Vision 2040 in moving towards strengthening the foundations of the Fourth Industrial Revolution and artificial intelligence.

It also aims to present the most prominent educational initiatives at the level of schools in the Governorate of Muscat to generalise them and encourage the rest of the schools in the governorate to follow the same approach in adopting, developing and instilling initiatives as a solid culture, in addition to achieving partnership with public and private sector institutions in supporting and developing educational initiatives and projects of a sustainable nature.

The forum also seeks to honour school administrations with individual initiatives at the governorate level.

The opening ceremony of the forum began with the visit of HH Sayyid Belarab bin Haitham bin Tarik Al Said, the sponsor of the event, to the exhibition accompanying the forum, showcasing the participating educational initiatives.

In this forum, 16 educational initiatives were selected from among 126 participation initiatives at the level of schools in the Governorate of Muscat, in the areas of: technology, academic achievement, community partnership, and innovation in education.

After that, Dr. Ali Al Jahwari, Director-General of the Directorate-General of Education in the Governorate of Muscat, delivered the ministry’s speech, in which he said: “Oman’s Vision 2040 has placed at the forefront of its priorities the interest in education, learning, scientific research and national capabilities, and His Majesty Sultan Haitham bin Tarik - may God bless him - has affirmed the continuation to pay attention to education, making it a national priority during the next stage, and providing it with all means of empowerment as the basis through which students will be able to contribute to building the requirements of the next stage.

In an effort by the Ministry of Education to translate the lofty directives, its strategic plans included everything that would contribute to the development of the educational structure at all levels to achieve the desired goals.”

In his speech, Al-Jahwari pointed out the keenness of the Ministry of Education to empower the teacher scientifically, cognitively, and skillfully.

He said: “The Ministry has created various training programmes for teachers and provided them with appropriate opportunities for creativity and innovation, as well as finding modern educational methods that help them to perform their duties to the fullest.

The Directorate-General of Education in the Governorate of Muscat plans to fuel the spirit of honourable competition in order to create fertile educational environments for innovation and continuous renewal.

This two-day forum is a summary of the most prominent applied educational initiatives that have proven their effectiveness in improving and developing education.