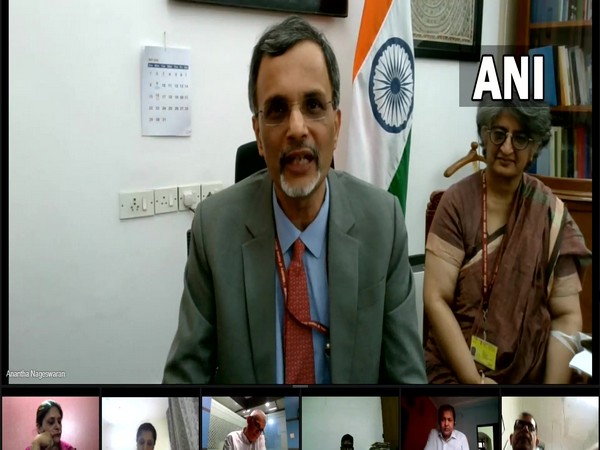 Briefing the media on the fourth-quarter Gross Domestic Product (GDP) numbers, Nageswaran said the GDP growth remains better than expected. India's GDP growth slowed to 4.1 per cent in the quarter ended March 2022. For the full year 2021-22, the GDP growth stood at 8.7 per cent.

Nageswaran said that the geopolitical situation prompted a cut in growth projections, Despite growth revision, India is still the fastest-growing major economy. The IMF revised India's GDP forecast from 9 per cent in January 2022 to 8.2 per cent in April 2022, whereas the World Bank revised its GDP forecast from 8.7 per cent to 8.0 per cent during the same period.

Increased commodity prices and broadening price pressures have led to 2022 inflation projections of 5.7 per cent in advanced economies and 8.7 per cent in emerging market and developing economies--1.8 and 2.8 per cent points higher than projected in January 2022 respectively.

CEA said that most constituents in 2021-22 surpassed pre-pandemic levels of activity and the economy has shown resilience.

He said contact-based services were seen to be below pre-Covid levels and the silver lining is that India is better placed than many other nations and the financial sector is in far better shape to support growth in this decade.

Talking about inflation, the CEA said that global inflation is surging to record highs. Advanced economies have seen a steeper surge in inflation as compared to India. Provisional estimates of CPI inflation for Germany and Spain are 7.9 per cent and 8.7 per cent respectively in May 22. India is in a better position than the many countries as far as inflation is concerned, he said.

The CEA said that agriculture and allied sectors are poised to perform well. According to the central government's third advance estimates, foodgrains production in the ongoing rabi season will be 1.2 per cent higher than a year ago. Projection of normal monsoon and prospects of earning more income will likely increase area under Kharif 2022-23 crops.

Talking about the current challenges, CEA mentioned the tightening that is happening in central banks in the developed world, the possibility of commodity prices going up even further due to Russia-Ukraine war or the oil and gas embargo coming into play. So, there are multiple ways in which things could become a lot harder in terms of growth-inflation trade-off, but it would be much harder for other countries than it is for India, he said.

Responding to a question on the impact of interest rates moving upwards on growth, the CEA said that the RBI's confidence to raise interest rates is also a sign that the economic recovery is growing roots and there is no need to fear.

He said any monetary policy tightening need not necessarily be anti-growth, especially when real rates are still on the lower side.