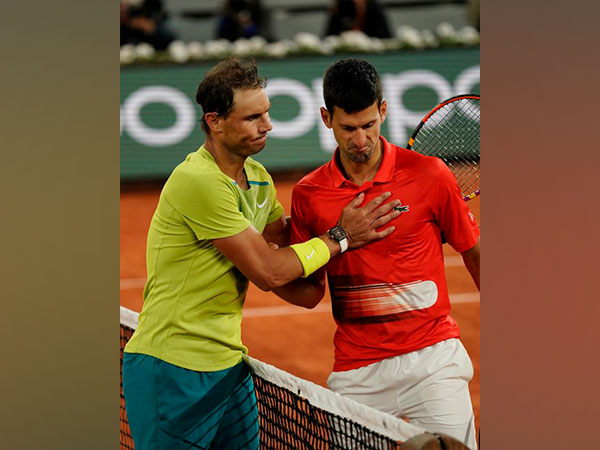 Nadal has beaten Djokovic 6-2, 4-6, 6-2, 7-6 to secure a place in the semi-finals. The 13-time Roland Garros champion will meet Germany's Alexander Zverev for a place in Sunday's final. Spaniard Nadal led the first set while Djokovic stormed back to the second set. Knowing this development, Nadal managed to reassert himself with a dominant third set. It was the World No. 1 who started strongest in the fourth, but Nadal denied his attempt to serve out the set and powered to victory in a one-sided tie-break.

Notably, Djokovic was looking to increase his Grand Slam tally to 21. He currently has 20 as much as Roger Federer. Nadal already has 21, that is the most by anyone. Also, Djokovic had beaten Nadal last year to win the French Open.

Nadal is known as the king of clay--he has won the French open maximum no of times (13) and has only lost thrice in the French (to Djokovic incidentally on two of 3 occasions). Nadal lost to Djokovic in semi-final last year in 4 sets.


Germany's Alexander Zverev qualified for the semi-finals of the ongoing French Open 2022 after defeating Spain's Carlos Alcaraz in the quarter-finals of the men's singles category on Tuesday.

Zverev took down his Spanish counterpart by 6-4, 6-4, 4-6, 7-6(7). It took the German 3 hours and 18 minutes to send Alcaraz out of the tournament. With this, Zverev also avenged the loss to Alcaraz in the final of the Mutua Madrid Open in early May. He had cruised into the quarter-finals of the French Open 2022 after defeating Bernabe Zapata Miralles on Sunday.

Now in the semi-finals on June 3, Zverev will play the 13-time champion Rafael Nadal.