Hiring an expatriate just got a whole lot cheaper in Oman 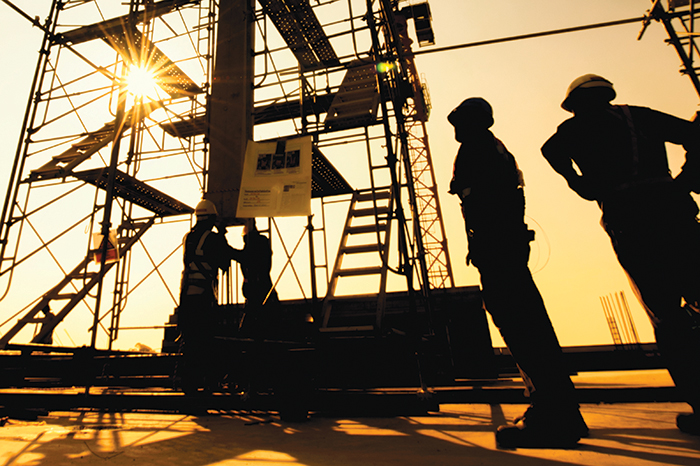 The Ministry of Labour has revised its earlier decision and reduced the expat recruitment fees by more than 80 per cent to give the private sector a boost .

Muscat: Starting today, June 1, companies that wish to hire expatriate workers can do so at less than 85 percent of the cost they previously used to.

The Ministry of Labour has drastically cut visa fees for expatriate workers, following the directives of His Majesty Sultan Haitham bin Tarik.

For a smooth transition, the online services used to process expatriate manpower permits were temporarily suspended on Tuesday, 31 May.

Experts say that the hike in the recruitment fees to the employment of expatriates had an undesirable effect on the economy of the private sector.

Although there are no official statistics available, experts say the private sector lost millions of Rials when the recruitment fees of expatriates were increased to encourage companies to hire Omanis.

“First, we welcome the government’s decision to reverse the decision. The previous decision to put a steep hike in the employment of expatriates took away millions of rials from the retail market. About 300,000 expatriates left, because companies could not afford the hike when the pandemic was already taking an adverse effect on their businesses,” Ahmed Al-Saifi, a retail business expert, told Times of Oman.

Other experts say that the local retail market is hugely supported by expatriates who spend their money on items ranging from food, medicine, rental, clothes to fuel.

“I applaud the announcement of the ministry of labour’s decision to cut down the expatriate hiring fees. That will bring back the lost revenues to the private sector to the level it was before. Also, we must understand that, more spending in the private will open more doors for recruitment of Omanis when companies start making bigger profits when expatriates are back to spend their money in the retail market,” Rashed Al-Hajri, another retail expert, said.

Landlords acknowledge that expatriates support the rental of their properties.

“More than 70 per cent of my tenants are expatriates. That means rented properties heavily depend on foreign workers. I am relieved with the decision to reverse the recruitment fees of expatriates to the level it was before,” property owner Said Al-Jawhari, told Times of Oman.

“I am very relieved of the new rule. We can now rehire our ex expatriates which we let go because of higher recruitment fees,” Mustafa Hussein, owner of a real estate company based in Barka, told Times of Oman.

“Good news not only for expats but for the economy and the companies. The high fees proved to be a deterrent to many businesses and I am happy the ministry has changed all that,” Said Al Asmi, CEO of Flash Video Productions, said.

Government officials said decision to cut down the recruitment fees of foreign workers was in the best interest of the country.

“That decision was reversed because we saw that spending in the retail sector was effected. We estimate that about 35 per cent of the spending power in the private sector comes from expatriates. Also, each rial they spend, 5 per cent of it goes to the VAT. So, not only now the profitability of the private sector will increase, but the government will see its VAT revenues going up,”  a government official, who declined to be named, told Times of Oman.

Earlier, the Ministry of Labour said in a statement: “His Majesty Sultan Haitham bin Tarik gives his royal directives to reduce the fees for issuing and renewing licences for the recruitment of expat workforce, in line with the application of the government services pricing guide, as of June 1, 2022.”

First-class worker fees are to be reduced from OMR2,001 to OMR301 for two years, and to OMR211 for companies meeting their Omanisation targets.

Second-class worker fees are to be slashed from between OMR601 and 1,001 to between OMR 251 and OMR176, the latter in case of companies meeting their Omanisation requirements.

Third-class category fees are to be cut from between OMR301 and 361 to OMR201, and OMR141, if Omanisation rates are met.