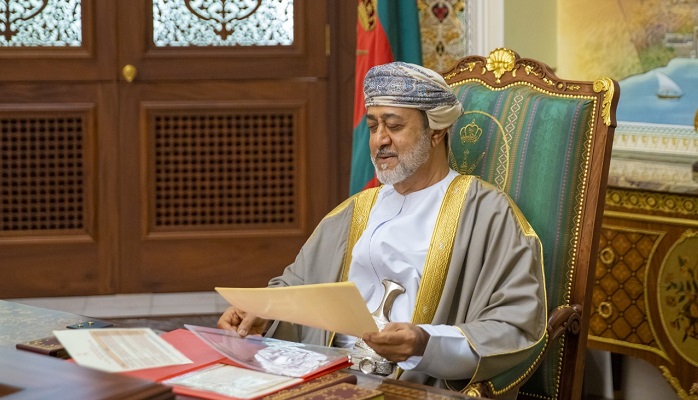 Muscat: His Majesty Sultan Haitham bin Tarik presided over a meeting of the Council of Ministers at Al Baraka Palace on Tuesday. 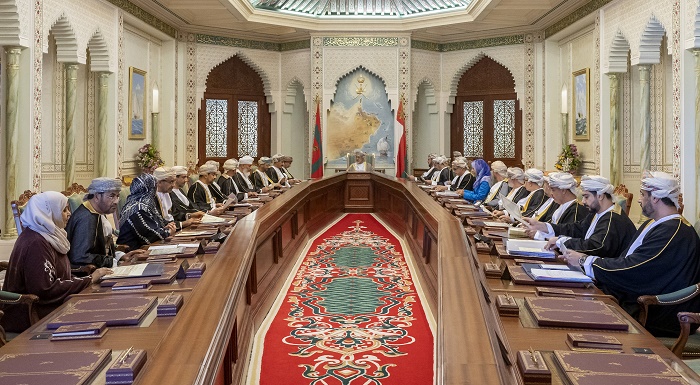 He prayed to Allah “to vest all in garments of health” and to have mercy on the departed souls of those who succumbed to the disease.

Then, His Majesty the Sultan commended the efforts undertaken by the Supreme Committee tasked with tackling developments resulting from Covid-19 pandemic. He lauded the committee’s good planning and mechanisms that, he said, helped curb the pandemic.

His Majesty the Sultan gave directives to end the mission of the committee and instructed the Ministry of Health to take appropriate measures to address the lingering disease in coordination with the authorities concerned.

In this context, His Majesty the Sultan expressed his deep appreciation for the self-denial shown by medical and paramedical teams, as well as all health workers and staff of other establishments (including civil, military and security establishments), public institutions, private sector establishments and agencies of the media.

His Majesty the Sultan valued the cooperation of citizens and residents and their prompt response to health instructions and precautionary measures to address the pandemic. He, in particular, praised citizens’ and residents’ “fortitude as they endured the “exceptional conditions”, noting that “this stance played a great role in the success of the disease containment procedures and in the stability of the health situation”.

Then, His Majesty the Sultan reviewed local conditions.

As per His Majesty the Sultan’s Royal directives to alleviate the direct impact on citizens from financial policies undertaken to run the State’s Fiscal Sustainability Scheme and, in pursuance of support for small and medium enterprises and entrepreneurs and, to mitigate the economic impacts of Covid-19, the Council of Ministers presented a number of initiatives and economic and social procedures to the tune of OMR130 million to meet the following objectives:

To provide OMR70 million to enhance financial allocations earmarked for the Housing Assistance Programme of the Ministry of Housing and Urban Planning during the current Five-Year Plan.

To write off outstanding dues of all beneficiaries of the Housing Loans Programme who receive OMR450 monthly salaries (waiver applicable to Omani citizens).

To provide 15% additional electricity consumption subsidy for subscribers who have two or less accounts during the summer months from May to August 2022.

To extend the dispensation of the Occupational Security Benefit till the end of December 2022 for citizens whose services are terminated within the Sultanate.

To provide an additional package of subsidies in support of small and medium enterprises, entrepreneurs and insolvent persons.

To alleviate the impact of Covid-19 pandemic, the package includes a number of subsidies and payment of overdues of entrepreneurs as follows:

Waivers for entrepreneurs who are holders of Riyada Card—for beneficiaries of Emergency Loans—issued by the Authority for Small and Medium Enterprises.

Waivers for SMEs from fees and fines payable against delays in loans payable to the Lender Portfolio (Al Rafd Fund earlier) until the end of this year (2022).

Waiver for all vehicles (private and commercial) from payment of fines and renewal fees for the years 2020 and 2021.

Payment of overdues of entrepreneurs and owners of SMEs who face prison charges, following persecutions on account of bad cheques (cheques drawn on insufficient funds).

Postponement of lawsuits against individuals/establishments not abiding by provisions of loan agreements signed with the Lenders Portfolio (Al Rafd Fund earlier) until the end of this year (2022).

The departments concerned will draft the mechanisms regulating the above-mentioned procedures in a manner that reflects positively on citizens.

After reviewing the results of the State Budget over the past four months of this year and the Closing Account of the Fiscal Year 2021, His Majesty the Sultan issued directives to continue channeling the financial surplus (resulting from returns of oil prices) towards growth and economic recovery. This involves increasing spending on priority development projects and cutting down the volume of the State’s Indebtedness.

His Majesty the Sultan also hailed the efforts undertaken by the authorities concerned to contain the probable fallbacks of staple food supplies due to the political situations in the world.

His Majesty the Sultan gave directives to sustain efforts and give priority to all matters of relevance to food security.

In light of results of Assessment of Performance Indicators for the first quarter of this year (and streamlining of procedures) which covered all government establishments and the governorates, His Majesty the Sultan gave directives to government departments to continue this scheme in order to promote performance and achieve high levels of satisfaction among beneficiaries from public services.

After that, His Majesty the Sultan spoke about the role of sector of education and vocational training in supplying the labour market with skilled national workers. In this context, His Majesty the Sultan gave directives to devise an integrated executive plan to develop this sector in cooperation with international institutions. He also called for the development of the Technical Education sector to help provide the labour market with technical expertise.

His Majesty the Sultan also extolled the role of Omani media and Omani media personnel in raising public awareness among segments of society, besides documenting elements of Omani culture. His Majesty the Sultan affirmed his support for the media and media personnel as they perform their noble mission to contribute to the achievement of the supreme national objectives and consolidate the concepts of tolerance and harmony.

At the conclusion of the meeting, His Majesty the Sultan touched on other aspects of concern to the Sultanate and its citizens, praying to the Almighty Allah to grant success to all and realise further progress and prosperity to this dear homeland.