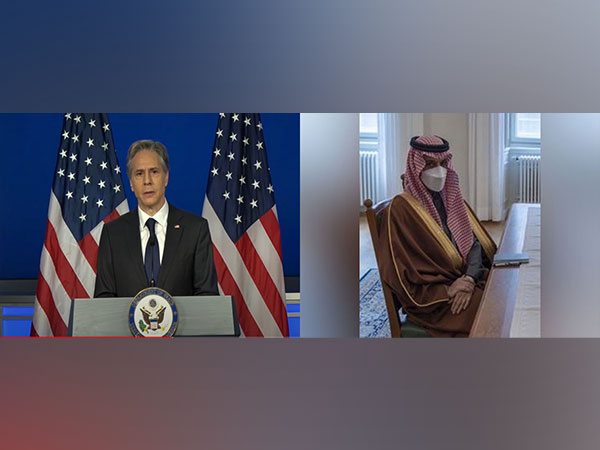 Washington: US Secretary of State Antony Blinken on Tuesday (local time), in a call, thanked the Foreign Minister of Saudi Arabia Prince Faisal bin Farhan Al Saud for ceasefire efforts in Yemen and discussed efforts to avert the economic, environmental, and humanitarian threats posed by the Safer oil tanker in the Red Sea region.

State Department noted that the Safer oil tanker is a "rapidly decaying and unstable supertanker that contains four times the amount of oil spilled by the Exxon Valdez". Notably, on March 24, 1989, the oil tanker Exxon Valdez ran aground in Prince William Sound, Alaska, spilling 11 million gallons of oil. Large scale spill in an ecologically sensitive location resulted in one of the largest environmental disasters in US history.

On the dangers posed by the Safer oil tanker, the statement read, "It could leak, spill, or explode at any time, severely disrupting shipping routes in the Gulf region and other industries across the Red Sea region, unleashing an environmental disaster, and worsening the humanitarian crisis in Yemen," the statement had read.

As per the release, by October, high winds and volatile currents will make the UN operation more dangerous and increase the risk of the ship breaking apart. In the event of a spill, the cleanup alone is expected to cost USD 20 billion.

Blinken in the call with the FM also highlighted the importance of international support for Ukraine amid Russia' invasion and discussed the emerging food security crisis resulting from the war in Ukraine.

"The Secretary underscored the importance of international support for Ukraine as it defends its sovereignty and territorial integrity and emphasized the need for a global response to the food security crisis resulting from President Putin's brutal war," a statement by the State Department read.

Secretary Blinken and the Saudi Foreign Minister also discussed the challenge posed by Iran's nuclear programme and its "destabilising behaviour in the region, and opportunities for greater cooperation on regional issues".