Sharqiyah water desalination plant to be awarded next month 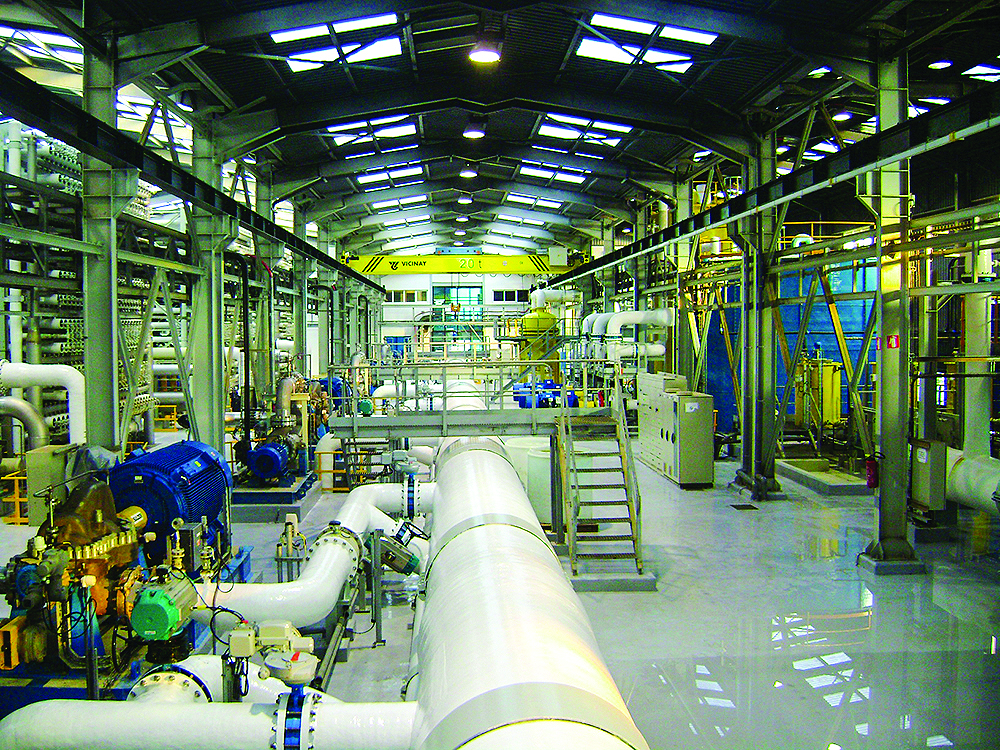 Muscat: An independent seawater desalination project in Sharqiyah will be awarded by Oman Power and Water Procurement Company (OPWP) next month, said Yaqoob bin Saif Al Kiyumi, chief executive officer of OPWP.
Four consortiums led by prominent international developers—JGC, GS Inima, ACWA, and Tedagua—are bidding for a license to develop the IWP, which will have a desalination capacity of 17.6 million imperial gallons per day (MIGD). The plant is expected to start operations in the third quarter of 2019, aimed at meeting growing demand for potable water.
A request for proposal (RfP) for two IWPs—Sahrqiyah and Salalah IWPs—was issued in March 2016 by OPWP, which oversees all new water and power capacity in the Sultanate. Al Kiyumi also said that another IWP in the Sultanate’s southern Salalah region, which will have a desalination capacity of 22 MIGD, got delayed and the same will be awarded in the fourth quarter of 2017. “There are (certain) administrative aspects, which we are trying to resolve before awarding the project.”
Total investment for both the desalination projects is estimated at OMR105 million, according to earlier reports.
The proposed projects will be given to private developers on a build, own, and operate (BOO) basis. The Salalah plant is expected to be brought into commercial operation in 2020.
Salalah, the capital of the Dhofar governorate, accounted for around 81 per cent of the total water consumption in 2016. This share is projected to decline slightly over the next seven years due to higher growth rates in the wilayats of Marbat and Taqah.
The respective growth rates for the wilayats of Salalah, Marbat and Taqah will be 8 per cent, 13 per cent, and 14 per cent per year during the seven-year period.
Salalah IWPP, owned by Sembcorp Salalah Power and Water Company, is the only source of desalinated water for the Dhofar water network at the moment. The Salalah IWPP has a capacity of around 15 MIGD, uses reverse osmosis technology, and was commissioned in 2012.