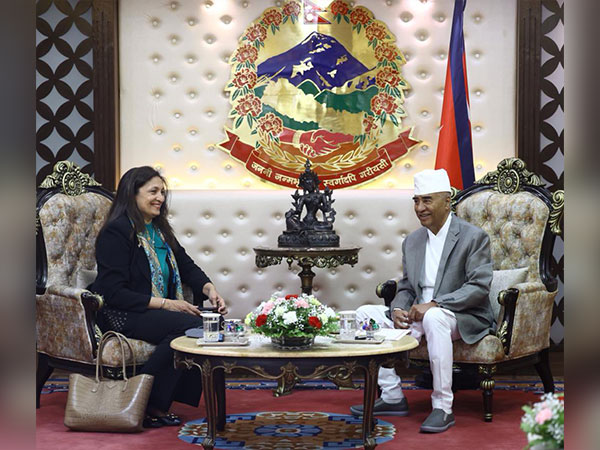 Kathmandu: US Special Coordinator for Tibetan Issues Uzra Zeya called on Nepal Prime Minister Sher Bahadur Deuba at his residence on Sunday. PM attended the visiting US delegate and the duo held discussions on ways to strengthen Nepal-US relations and other matters.

On reaching Nepal with United States Agency for International Development (USAID) Deputy Assistant Administrator for Asia Anjali Kaur Zeya met the US Ambassador to Nepal Randy Berry and had a discussion to strengthen the partnership between the two countries.

"Happy to celebrate with @USAmbNepal and @USEmbassyNepal the new @USAID-Nepal assistance agreement which will provide USD 659M to support our shared vision for a democratic and prosperous future," Zeya tweeted.

US delegate on May 20 met the International Women of Courage awardees Bhumika Shrestha and Muskan Khatun. She expressed her happiness to meet the two awardees having recognition for their work in the LGBTQI+ rights movement and against acid attacks, respectively.

She also visited the Boudha Stupa and praised the rich religious, architectural, and cultural history of Nepal.

Zeya is on a visit to India and Nepal, from May 17-22. During her visit to India between May 17-20, Zeya met the Foreign Secretary Vinay Mohan Kwatra and had a discussion with him on regional issues of mutual interest.

She also visited Dharamshala where she met activists and leaders of the exile community. She also met Tibetan spiritual leader Dalai Lama on Thursday.

This key visit comes shortly after President of Central Tibetan administration Penpa Tsering's visit to Washington last month. During his visit, Tsering met with the US Special envoy along with House Speaker Nancy Pelosi.

The US State Department, in a press statement, said Zeya will also discuss partnering with India and Nepal during this 'Year of Action for the Summit for Democracy'. The delegation will include United States Agency for International Development (USAID) Deputy Assistant Administrator for Asia Anjali Kaur.

Zeya is the first Indian American to serve in the role. She was appointed as the special coordinator for Tibetan Issues in December last year.

The International Campaign for Tibet welcomed her appointment as the US new special coordinator for Tibetan Issues and expressed hope that she will work proactively at promoting dialogue between the Dalai Lama's envoys and the Chinese leadership.