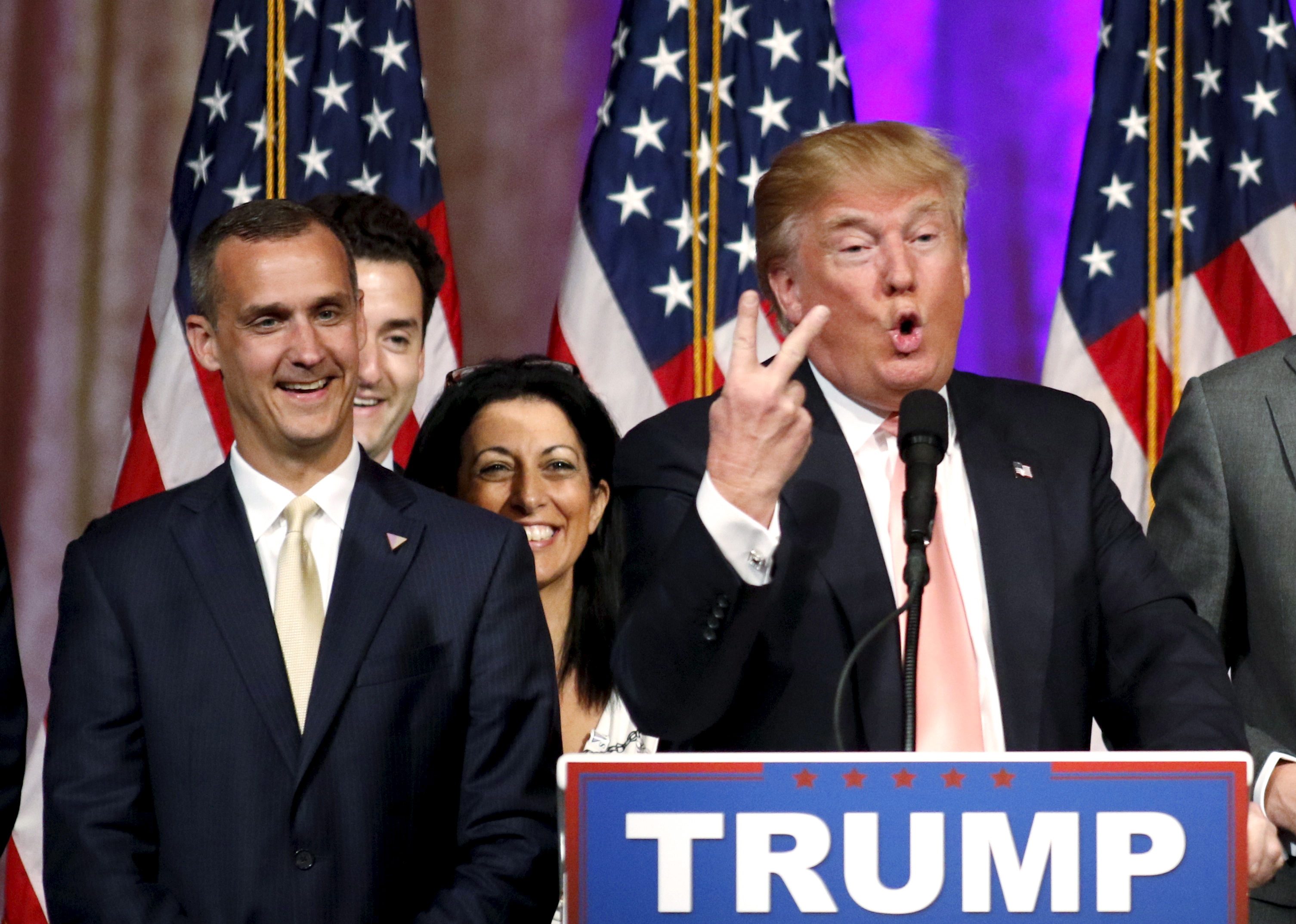 New York/Washington: Donald Trump fired Corey Lewandowski, the campaign manager who helped him win the Republican Party's presidential nominating contests but has clashed with other advisers about how to appeal to the broader general electorate, two people with knowledge of the decision said on Monday.
The firing is yet another disruption to a campaign already at odds with many senior Republican Party figures over Trump's policies, with the party's nominating convention less than a month away.
But it may also prove a step toward calming concerns among party leaders over Trump, a wealthy businessman and political neophyte, and the conflicting advice he received from senior aides.
Lewandowski was often at odds with Paul Manafort, a prominent strategist Trump hired in April partly for having experience on presidential campaigns that Lewandowski lacked, according to people close to the campaign.
Manafort will take over as campaign manager, according to Carl Paladino, the co-chairman of the campaign's operations in New York state. Lewandowski had been a near-constant presence at Trump's side since the campaign was launched last year.
He did not immediately respond to a request for comment, but, in a brief statement read on CNN, Lewandowski said, "I stand by the fact that Mr. Trump is a great candidate and is better than Hillary Clinton ever will be."
The Trump campaign confirmed only Lewandowski's departure, not the circumstances.
"The Donald J. Trump Campaign for President, which has set a historic record in the Republican primary having received almost 14 million votes, has today announced that Corey Lewandowski will no longer be working with the campaign," Hope Hicks, the campaign spokeswoman, said in a statement.
Some of Trump's staff viewed Lewandowski as opposing strategic changes and staff hires they saw as needed to take on Hillary Clinton, the likely Democratic Party candidate, according to two people close to the campaign.
The two people, a campaign staffer and a person in regular contact with Trump aides, spoke on condition of anonymity because they were not authorised by Trump to discuss the firing.
Trump's decision came in part at the urging of his daughter, Ivanka Trump, and her husband, Jared Kushner, who have powerful advisory roles in the campaign, the person in contact with Trump aides said.
Lewandowski's departure came as Trump, the presumptive Republican nominee, has faced setbacks in the past two weeks.
His renewed calls to temporarily ban Muslims from entering the United States have drawn heavy criticism from Republican politicians in Washington and prompted corporate sponsors like Apple and JPMorgan Chase to withhold funding from the party's July nominating convention in Cleveland. Recent opinion polls show at least half of all voters saying they approve of the Muslim ban.
Manafort, who was an adviser to the presidential campaigns of Ronald Reagan and George H. W. Bush, has struggled to get Trump to hire more staff and tone down his fiery public persona, which often involves personally insulting his rivals, according to several people familiar with the exchanges. Trump has made building a wall on the border with Mexico a central part of his campaign, and his comments on immigrants have enraged many ethnic minorities.
His campaign rallies have been marred by some of the most violent clashes between protesters and supporters seen at a US presidential event in decades, leaving some people caught up in the clashes injured and bloodied. L
ewandowski, a former New Hampshire field director for a conservative advocacy group, argued that Trump's unconventional campaigning style did not need to be altered after its success was proven in the last few months of primary contests.
Lewandowski repeatedly defended the strategy with a line that became his mantra: "Let Trump be Trump."
Trump has often dismissed reports that Manafort and Lewandowski did not work well together.
Lewandowski, known for his brusque manner, was accused of manhandling a female reporter in Florida during the primary campaign, but the charge against him by a local sheriff was later dropped.
He is still scheduled to attend the Cleveland convention as the chairman of New Hampshire's delegation. The Democratic National Committee said Lewandowski's exit was unlikely to change Trump.
"Corey Lewandowski is not the problem. It's Donald Trump," Mark Paustenbach, a party spokesman, said in a statement.
"It wasn't Corey Lewandowski who called for a ban on Muslims entering the United States; it was Donald Trump."