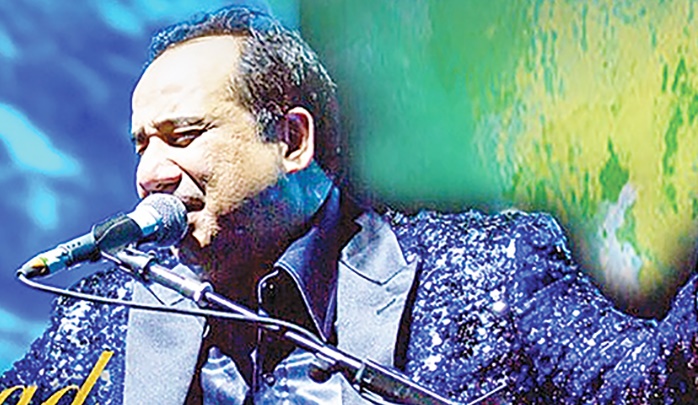 Muscat: Fans of both Bollywood and traditional Hindi and Urdu classical music are in for some memorable moments with Rahat Fateh Ali Khan when he performs in Muscat in June.

The Pakistani playback singer will be coming to Oman to perform at the Oman Convention and Exhibition Centre on 3 June, and tickets for the one-night only event are available on www.muscat.platinumlist.net.
Times of Oman and TFM are media partners for the event.

Rahat and his family – which includes his late uncle and legendary singer Nusrat Fateh Ali Khan – are well known singers of the Qawwali genre that is notably popular in Pakistan and northern India.

He made his Bollywood singing debut in the movie Paap, which premiered in 2003, when he sang the song ‘Mann ki Lagan’.

He has also sung songs for dozens of Pakistani films, and is regarded as immensely popular in his homeland.
Having displayed a keenness for singing as early as three years’ old, Rahat was first trained by Nusrat in the art of singing when he was just seven. As he grew older and developed a tremendous talent for signing, he too began to accompany his family when they went to perform overseas.

In April 2012, while touring the UK, he performed at the Wembley Arena and Manchester Arena, playing to a combined audience of 20,000. His song ‘Zaroori Tha’ from the album Back 2 Love has reached a billion views on YouTube.

He has also collaborated with Western artistes, playing a role in connecting cultures and building bridges through music. He worked with Eddie Vedder of the American rock band Pearl Jam and has contributed to the soundtracks of many Hollywood films, including Dead Man Walking (1995), alongside James Horner in The Four Feathers (2002) and in Mel Gibson’s Apocalypto (2006).

The first Pakistani to perform at a Nobel Prize Concert, he sang three memorable songs of his uncle Nusrat at the 2014 Nobel Peace Prize ceremony. He also performed at the United Nations General Assembly in March 2016.
In the same year, he was honoured with a lifetime achievement award by the faculty of music at Oxford University, and a music room at the institution was named after him. Three years later, in 2019, he was conferred an honorary doctorate by Oxford.

The show is being brought to Oman by PME Entertainment, a company operating out of Dubai in the United Arab Emirates. Other artistes they represent include Sonu Nigam, Arijit Singh, Shreya Goshal, Mika Singh, Atif Aslam and Salim-Sulaiman.

Rahat Fateh Ali Khan’s show on Friday, 3 June begins at 6:30pm, with ticket prices starting at OMR10 for the silver section. Gold tickets are priced at OMR20, Diamond at OMR30 and Platinum tickets cost OMR50. Tickets for the Royal section cost OMR75 and a place in the Royal Plus section that is closest to the entertainment is OMR100 per ticket. For more information, please call +968 9426 3036.