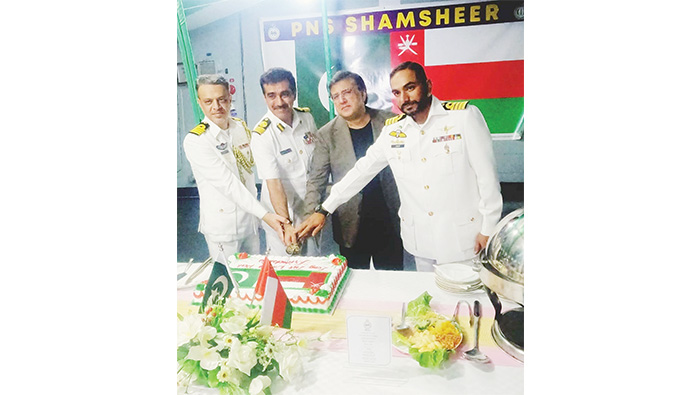 Muscat: In pursuance of Pakistan Navy’s commitment to regional security and affirmation of its role as a force with global outlook, Pakistan Navy Ship Shamsheer (with embarked helicopter) visited Port Sultan Qaboos, Muscat from May 10 to May 14,  2022.

This was a part of a goodwill visit during its Regional Maritime Security Patrol (RMSP) which is Pakistan Navy’s initiative of maintaining presence in the critical sea lanes in order to contribute to regional maritime security and freedom of navigation.

During the stay at port, the ship hosted a reception onboard (while abiding by the SOPs and instructions issued by Supreme Committee dealing with COVID-19) which was attended by diplomats including ambassadors & military attaches of various countries, senior officers from RNO and prominent Pakistani community members.

Officers and men from the Royal Navy of Oman visited the ship for professional briefings and interaction. The ship’s visit was aimed at strengthening friendship between the Sultanate of Oman and Pakistan in general and Royal Navy of Oman and Pakistan Navy in particular as well as exploring new vistas for future collaborative initiatives between the two brotherly countries. 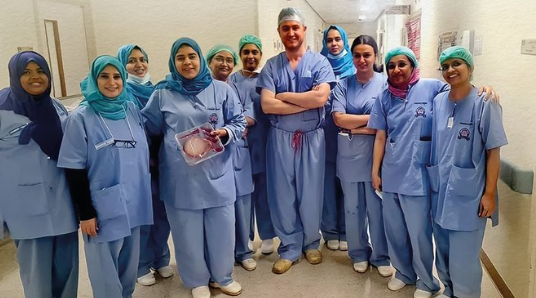 In a first, Oman uses "vNOTES" technology for surgery