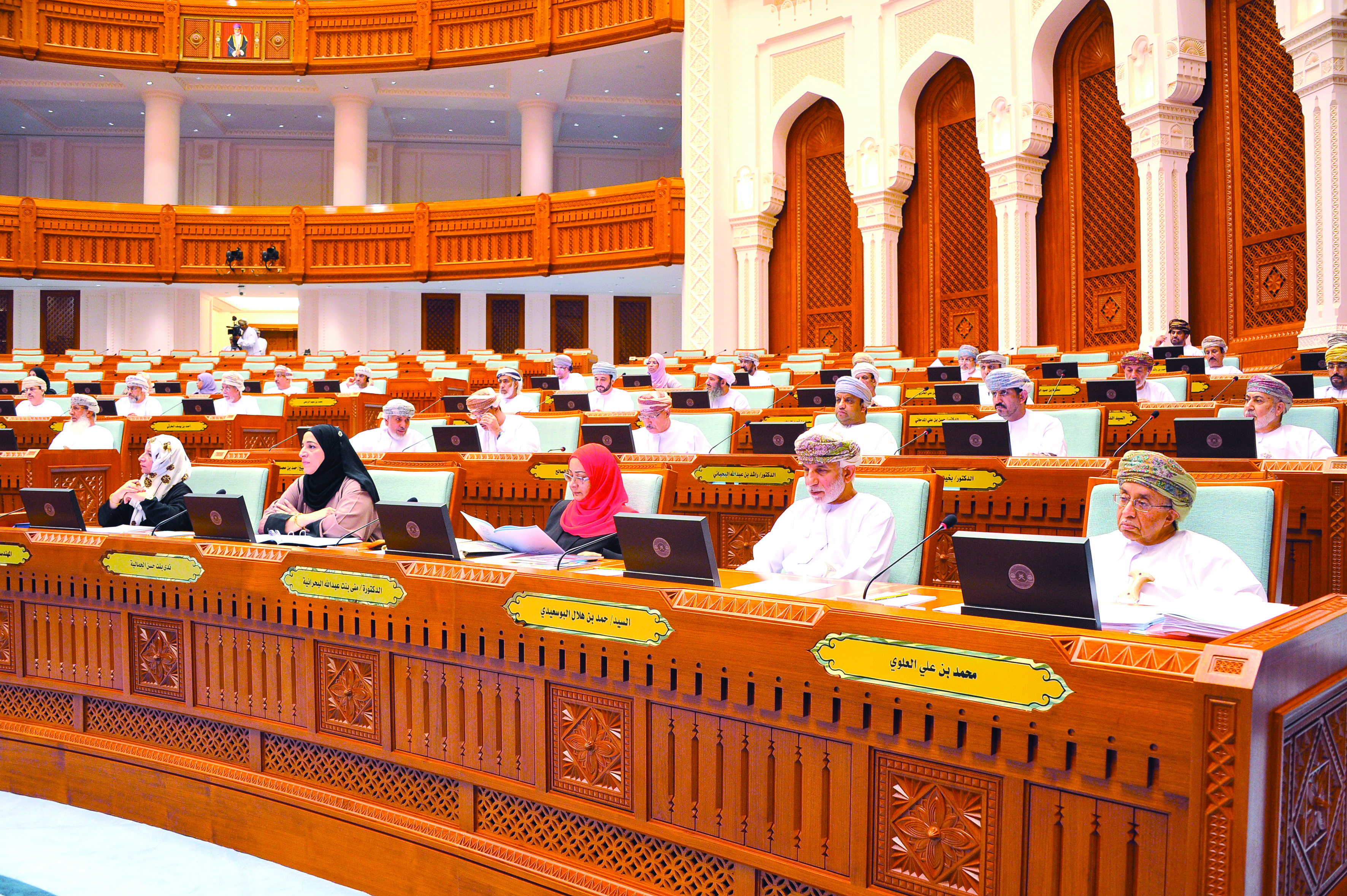 Muscat: Articles pertaining to the Draft law of the Omani Penal Code were examined and approved at the 11th regular session of the State Council on Monday.
These articles have received differing opinions from both the Majlis Al Shura and the State Council. These will be the focus of discussions at the second joint meeting to be held on Tuesday.
The State Council also approved the draft law relating to veterinary products for the Gulf Cooperation Council (GCC) referred by the Council of Ministers to the Majlis Al Shura, which included a report from the Shura and a report from the Social Committee.
The approval came following the introduction of amendments after taking into consideration the observations of members, and the opinion of the technical committee tasked with drafting the amendments. These were discussed at today’s session.
The State Council’s Chairman, Dr. Yahya bin Mahfoudh Al Mantheri chaired the 11th regular session in the presence of the council members and the Secretary General chaired the regular session.
At the outset of the meeting, the State Council Chairman welcomed and congratulated the honourable members for the holy month of Ramadan and the advent of Eid Al Fitr.
He prayed for the good health and happiness of His Majesty Sultan Qaboos bin Said, for the people of Oman’s steady progress and prosperity and for the Arab and Islamic nation’s prosperity, good fortune and harmony.
As per the agenda, the session approved the Council’s draft budget for 2017, noted the messages of stakeholders, and observed the report of the Secretariat about the council’s activities for the period between the 10th and the present session.
Dr. Hamad bin Sulaiman bin Salim Al Salmi, head of the Social Committee, detailed the efforts made in preparing the report, along with its opinion on the draft law, and underlined its appreciation for the amendments made by the Shura Council.
He said the Committee agreed with most articles of the draft law, and had inserted some modifications. He elucidated in his speech the importance of the veterinary draft law, which regulates the work of private sector companies engaged in the production of veterinary products in the Sultanate.
It also regulates the import and export of veterinary products, in order to provide the protection to the livestock operations in the Sultanate, especially in the GCC states in general.