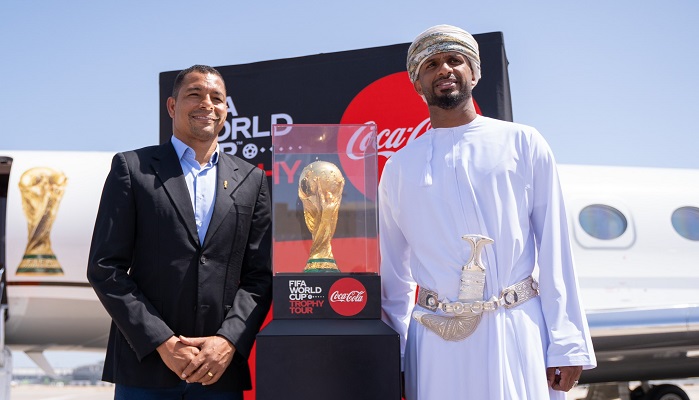 Al Habsi, who is one of the ambassadors for the upcoming FIFA World Cup, which will be held in Qatar, also posed for the customary photo with the trophy, alongside ex-Brazil midfielder Gilberto Silva, who accompanied the trophy to Oman, as well as officials from the Oman Football Association, FIFA, and Saud bin Hilal Al Busaidi, the Minister of State and Governor of Muscat.

Ali Al Habsi is one of Oman's most loved footballers, with a large fan following in the Gulf countries.

He was the first Arab from the GCC to play in Europe, when he joined Norwegian side Lyn Oslo, and then became the first GCC Arab to play for a Premier League side when he joined Bolton Wanderers.

He subsequently played for Brighton and Hove Albion, Reading, West Bromwich Albion, and Wigan Athletic, with whom he won the FA Cup.

Al Habsi was also a member of the Oman side that won its first ever Gulf Cup. 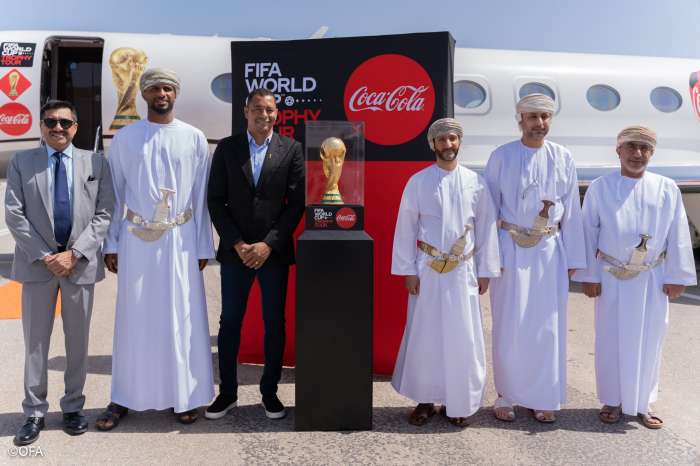