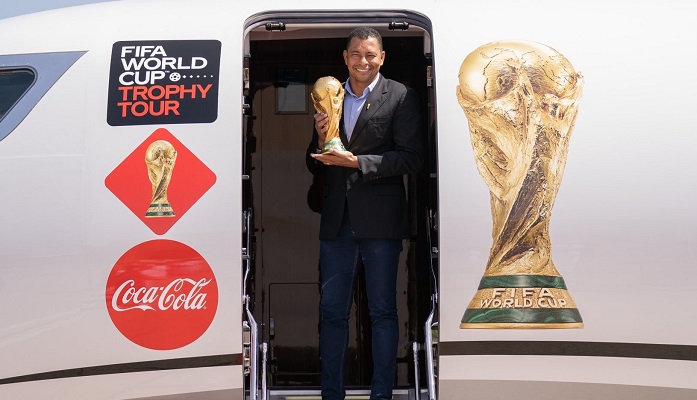 Muscat: The FIFA World Cup has come to Oman, as part of a global tour to raise interest in the tournament before it kicks off in Qatar this November.

The World Cup was brought to Oman by legendary ex-Brazil footballer Gilberto Silva, who won the prestigious trophy in 2002.

The patron for the occasion of the World Cup ceremony in Oman was Saud bin Hilal Al Busaidi, Minister of State and Governor of Muscat.