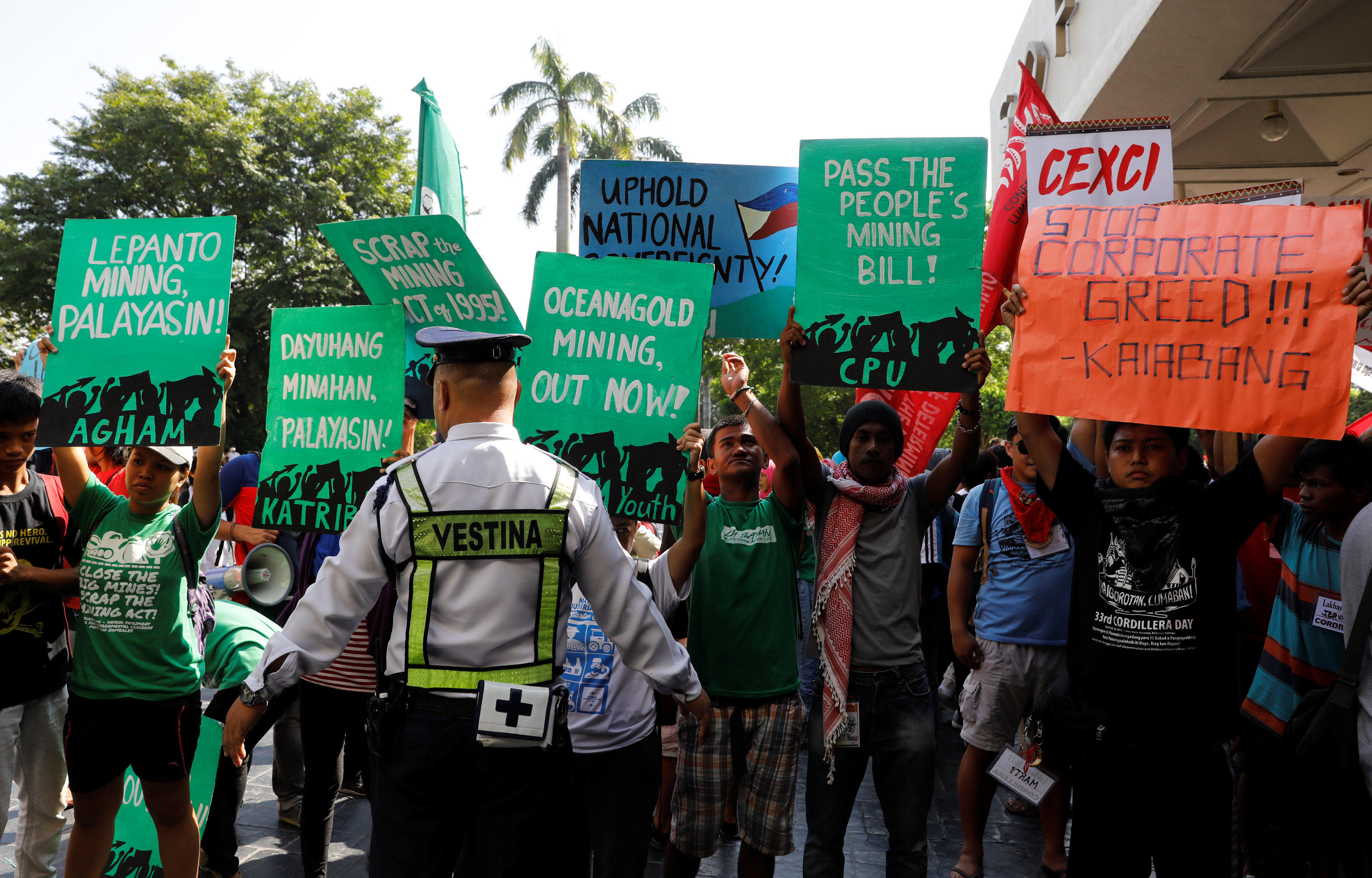 Manila: Around 300 protesters clashed with security on Wednesday at a Manila hotel where an annual mining conference was being held, demanding that mineral extraction be halted due to the environmental destruction caused.
The rally comes a day after President Rodrigo Duterte declared he's supporting a ban on open-pit mining in the Southeast Asian nation, a move that could constrict supply from the world's top nickel ore exporter.
"Words are not enough, he must act on it," lawyer Aaron Pedrosa of Sanlakas (One Force), an activist political group that was among the protesters, told reporters.
"We are here to express our opposition to mining in our country and the failure of mining companies to rehabilitate mining areas," Pedrosa said.
Anti-mining protests are a fixture at mining industry events in the Philippines. Some of the protesters, clad in business suits, managed to get past hotel security and into the lobby where they held up placards denouncing mining.
Outside the hotel, other protesters, including those from tribal communities, chanted and held streamers saying "Stop Mining Plunder" and "No to Large-Scale Mining". The hotel was locked down for at least an hour.
Mining is a contentious issue in largely underexplored Philippines following past examples of environmental mismanagement. In 1996, for instance, a tailings leak at Canadian-owned Marcopper Mining Corp's copper mine in Marinduque contaminated rivers.
The sector contributes less than 1 per cent to the economy, with only 3 per cent of the 9 million hectares identified by the state as having high mineral reserves being mined, according to government data.
Last month, lawmakers allied with Duterte filed a bill seeking to ban mining in watershed areas and exports of unprocessed ores. The bill would also require miners to get legislative approval before operating.
The move comes after a 10-month mining crackdown led by former Environment Secretary Regina Lopez, who ordered the closure or suspension of 26 of the country's 41 mines and banned open-pit mining.
Lopez failed to be confirmed in her post by lawmakers and was replaced in May by Roy Cimatu, a former soldier who has so far not reversed any of her previous measures.
Gerard Brimo, president of top Philippine nickel ore producer Nickel Asia Corp, said the industry would like to show Duterte old mines that have been rehabilitated, including open pits.
Open-pit extraction is allowed under a Philippine mining law and is widely used in the country where most ore is near the surface and low grade.
"If you want minerals and metals... that's the reality. That's the case in the Philippines as it is all over the world. But the other reality is that it can be rehabilitated."