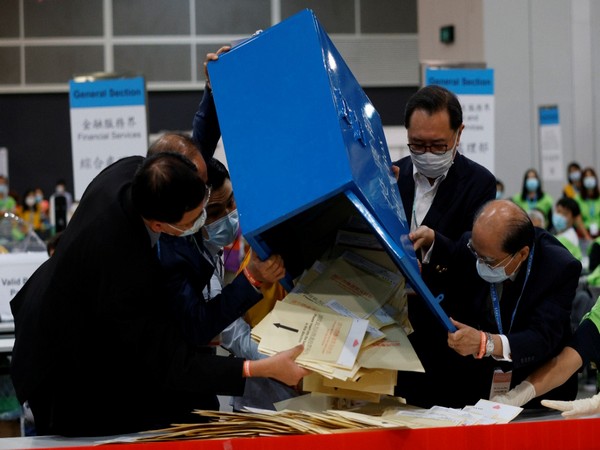 This is the first chief executive election since the changes to the HKSAR's electoral system. Members of the Election Committee will cast their secret ballots on a one-person-one-vote basis at the main polling station at the Hong Kong Convention and Exhibition Center, as per Xinhua.

The validly nominated candidate for this election is John Lee, former chief secretary for the administration of the HKSAR government.

To reduce the flow of people at the main polling station due to COVID-19, the polling period will be half an hour longer than that of the previous chief executive elections and will run until 11:30 am (Local time).

After the polling concludes, the vote counting will be conducted manually by the counting staff. The returning officer will announce the election results after the vote count.

Under Hong Kong's amended electoral laws, the HKSAR chief executive shall be elected by an Election Committee which is broadly representative, suits the actual situation of the HKSAR, and represents the overall interests of the society, as per the news agency.

The candidate must obtain more than 750 votes to win the election to become the chief executive designate, pending appointment by the Central People's Government before being sworn in as the HKSAR chief executive on July 1.

The chief executive is elected for a term of five years by the members of the Election Committee, a body that's made up mostly of pro-Beijing figures.

Last year, Beijing overhauled Hong Kong's electoral system and specified that only "patriots", that is, those loyal to the Communist Party could run. The changes reduced the number of elective seats in the legislature, tightened rules on who could qualify, and changed the representation of the committee that picks the chief executive.