Jabeur makes history, Alcaraz shows he is the future in Madrid Open 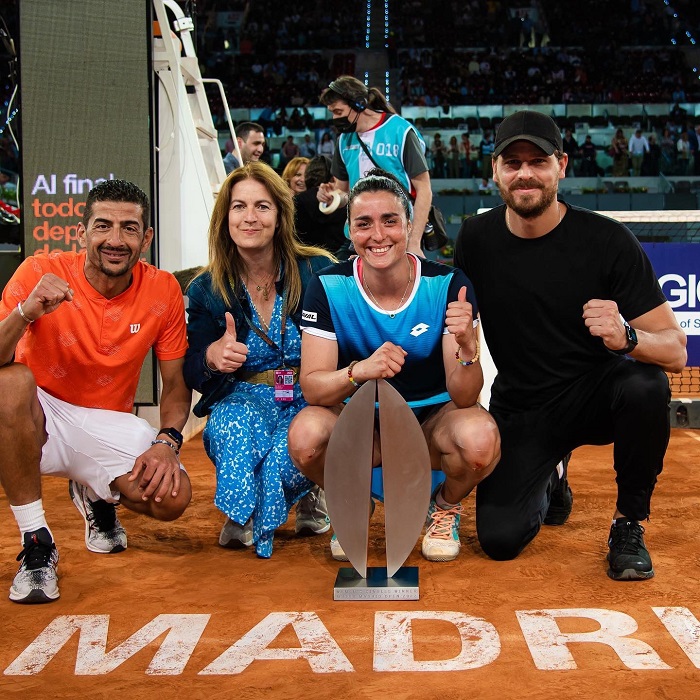 MADRID: 19-year-old Carlos Alcaraz continued his incredible run in the Mutual Madrid Open on Saturday when he beat top-seed Novak Djokovic to book his place in the tournament final.

Following Friday's three-set win over his idol Rafael Nadal, Alcaraz continued his momentum with another three-set marathon against Djokovic, which lasted three hours and 35 minutes before the Spaniard claimed a 6-7(5), 7-5, 7-6(5) win.

"I congratulate him. He kept his nerves very well, it's incredible that someone of his age has so much maturity and courage. He deserved to win," said Djokovic after the match.

Meanwhile, Alcaraz, who is the youngest ever finalist in Madrid, said it was a match "to enjoy."

"I enjoyed it, despite all of the tension because it was in Madrid, I enjoyed it. I smiled lots in the match and it was incredible to play here against the World number one with this atmosphere," he said.

After a marathon semi-final, Ons Jabeur won the women's final with a 7-5, 0-6, 6-2 win over Jessica Pegula to become the first Arab women to ever win an WTA 1000 event.

The Tunisian number eight seed recovered from a complete loss of form in the second set to beat Pegula, who had been ranked 12th in the tournament.

In the other men's semi-final, Alexander Zverev beat Stefanos Tsitsipas to make it to the final.