'Each organ donor can save up to eight lives' 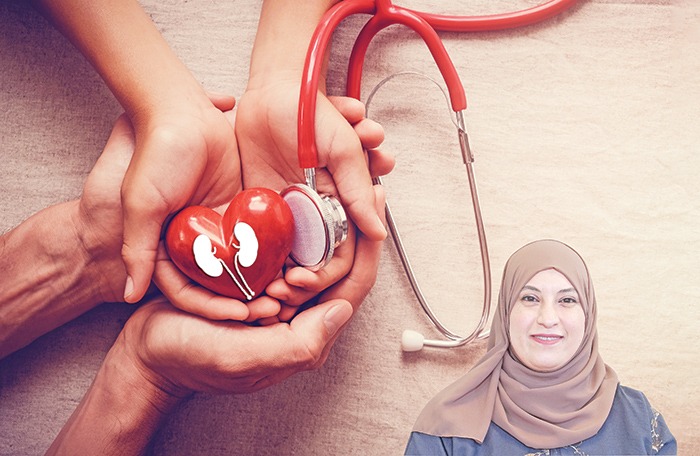 Muscat: By donating your organs after you die, you can save or improve the lives of up to eight people, says a health expert in Oman.

“We are grateful to every donor who comes and signs up for the process because we see that you get life out of the process of death,” Al Kalbani said.

Highlighting the recently launched first-ever organ donation app in the Sultanate of Oman, Shifa, the health expert said if someone wishes to donate his organs after his/ her death, he can simply register himself on the app.

“This organ donation app is a part of a bigger app – Shifa – by which the Ministry of Health (MoH) looks at the patient’s (donor) records. The patient (donor) too can log into the app via civil number where he/ she can see the results of the investigations, the appointments and so on.

“Therefore, the organ donation section is a part of the larger app which we are launching and if the patient wishes to donate after his/ her death, he can register himself,” she said. About the process and registration of donors, Al Kalbani said “we usually recommend that the potential donor looks into the facts regarding donation, investigates for himself and gets full information on the topic before he logs into the app to either agree or disagree with the proposal.

“In the segment regarding information, we have launched another educational app called ‘8’ or ‘The Gift of Life’ that gives a lot of information to both the recipient and the donor. Information is provided in both English and Arabic as well as Arabic animated videos with English subtitles for those who don’t want to read much.”

According to the health expert, once that piece of knowledge has been acquired and understood, one would need to discuss it with someone in the family to make his wish known so that he/she informs the right person after the donor’s death.

“Once decided, one can log into Shifa app, choose organs that are to be donated, declare some more information, including his name, civil id number, phone number and then affix his signature testifying that he wishes to donate organs after his death.

“The app gives him the choice of the organs he would like to donate. For instance, if he wishes to donate everything, he can choose that or if he intends donating certain organs like the cornea, the kidneys, the liver, etc., he can fill in his choice. You even have the choice of not donating anything; you can just look at the process, how it works and take a decision later.

“After that, you need to mention the name of the family member to whom you made your intentions known so that the declaration can be acted upon as a will,” she explained.

Al Kalbani said there needs to be witnesses’ details, including their names, civil id numbers, expiry dates, etc. and their signatures.

“Once the process is completed, you can have a PDF file which is like a will that is documented along with two witnesses. This will be stored in the MoH confidential section, to be taken out only in the circumstances of brain death or physical death.