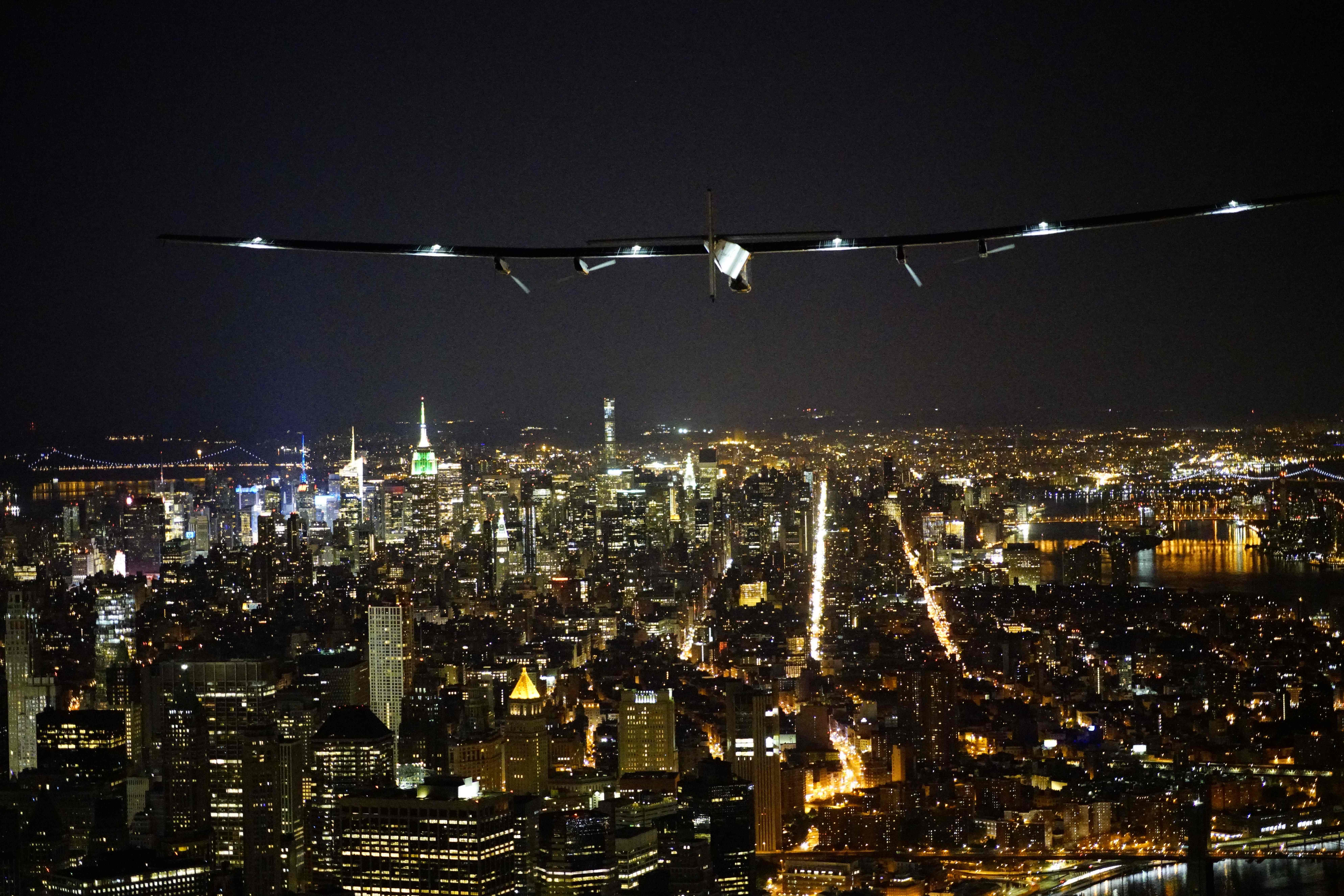 New York: An airplane powered solely by energy from the sun headed across the Atlantic early on Monday, on one of the longest legs of the first-ever flight around the globe without using a drop of fuel.
The spindly, single-seat Solar Impulse 2 left John F. Kennedy International Airport at about 2:30 a.m. EDT on a trip expected to take up to 90 hours, the 15th leg of its round-the-world journey. Swiss aviators Bertrand Piccard and Andre Borschberg have been taking turns piloting the plane, which has more than 17,000 solar cells built into wings whose span exceeds that of a Boeing 747, with Piccard at the controls for the transatlantic flight.
The airplane's slow cruising speed, similar to that of a car, has required both men to take up meditation and hypnosis as part of training to stay alert for long periods.
Solar Impulse 2 is due to land sometime on Thursday in Spain or France, with the precise location to be determined later depending on weather conditions, said Elizabeth Banta, a spokeswoman for the project team.
The carbon-fibre, propeller-driven plane has four solar-powered engines and four batteries to store surplus energy.
It weighs the same as a family car and can climb to 28,000 feet (8,500 m).
The team behind Solar Impulse - part of a campaign to build support for clean energy technologies - hopes to complete the circumnavigation in Abu Dhabi, where the journey began in March 2015.
Piccard and Borschberg completed a multi-flight crossing of the United States with an earlier version of the plane in 2013.
Borschberg set an endurance record for the longest non-stop solo flight last July in a 118-hour trans-Pacific crossing from Japan to Hawaii.