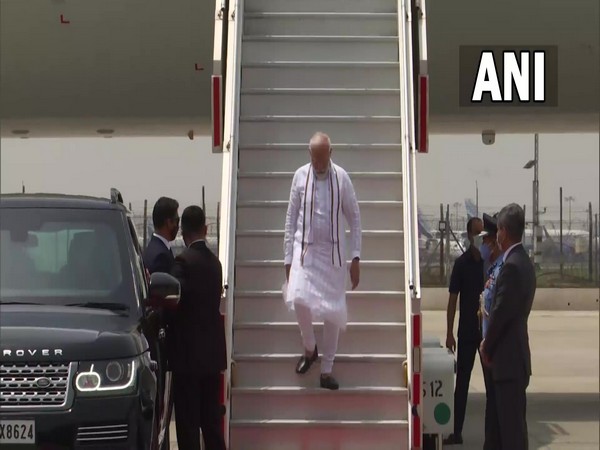 As per government sources, he will immediately attend office and hold seven-eight meetings during the day and also chair an important review meeting for the preparedness for the monsoon season and heatwave. During his three-nation European tour, the Prime Minister held talks with the newly re-elected French President Emmanuel Macron, discussing a range of bilateral issues, including defence, space, civil nuclear cooperation and people-to-people linkages, as well as regional and global issues.

"My visit to France was brief but a very fruitful one. President @EmmanuelMacron and I got the opportunity to discuss various subjects. I thank him and the French Government for the warm hospitality," the Prime Minister tweeted before his departure.

PM Modi held several high-level engagements with the leadership of Germany, Denmark and France, during the course of his visit, while also interacting with the Indian diaspora in all three countries.

The Prime Minister also held interactions with the business leaders in Germany and Denmark during the course of his visit.

PM Modi arrived in Berlin on Monday where he held bilateral discussions with German Chancellor Olaf Scholz, before participating in the sixth India-Germany Inter-Governmental Consultations.

The Prime Minister said the Inter-Governmental Consultations were productive.

A total of nine agreements were signed between India and Germany, including a Joint Declaration of Intent (JDI) on Green and Sustainable Development Partnership under which Germany agreed to make an advance commitment of 10 billion euros of new and additional developmental assistance to India until 2030.

On the second day of his visit, the Indian Prime Minister arrived in Copenhagen, holding talks with his Danish counterpart Mette Frederiksen, and discussed bilateral issues, including trade between the two countries and cooperation on environmental action.

On the third day of his visit, PM Modi attended the second India-Nordic summit with the Prime Ministers of Norway, Sweden, Iceland, Finland, and Denmark.

During the Summit, the Prime Ministers pledged to continue to deepen cooperation between the Nordic countries and India and focused their discussions on key issues related to international peace and security, including the conflict in Ukraine, multilateral cooperation, green transition and climate change, the blue economy, innovation and digitalisation.