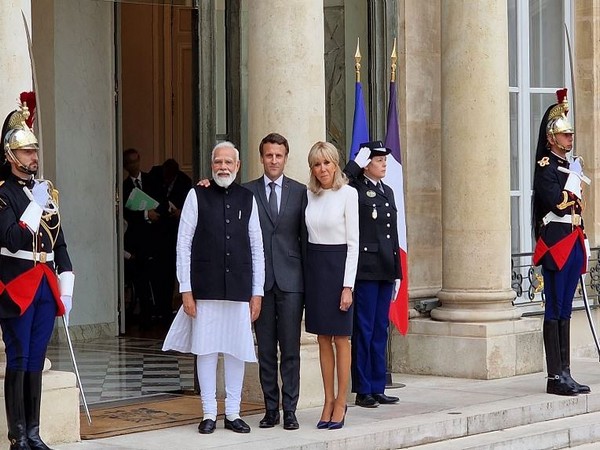 New Delhi: India and France reaffirmed their commitment to building one of the premier strategic partnerships for advancing peace, stability and prosperity in the Indo-Pacific region.

In a joint statement following the talks between Prime Minister Narendra Modi and France President Emmanuel Macron on Wednesday, the Ministry of External Affairs said, "They share a vision of a free, open and rules-based Indo-Pacific region, based on a commitment to international law, respect for sovereignty and territorial integrity, freedom of navigation and a region free from coercion, tensions and conflicts." Indo-France Indo-Pacific partnership encompasses defence and security, trade, investment, connectivity, health and sustainability. Besides bilateral cooperation, India and France will continue to develop new partnerships in various formats with like-minded countries in the region and within regional organisations.

The first Indo-Pacific Ministerial Forum was held in Paris in February 2022 during the French presidency of the Council of the EU. The Forum launched an ambitious agenda at the EU level based on the EU Strategy for Cooperation in the Indo Pacific.

Both sides welcomed the recent launch of the India-EU Trade and Technology Council which will foster high-level coordination on strategic aspects of the trade, technology and security as well as the restart of negotiations on India-EU Agreements on Trade, Investment and Geographical Indicators.

India and France also expressed serious concern about the humanitarian situation and violation of human rights in Afghanistan while calling for an inclusive and representative government in the country.

"India and France expressed serious concern on the humanitarian situation and violation of human rights and reiterated strong support for a peaceful, secure and stable Afghanistan, emphasizing respect for its sovereignty, unity and territorial integrity and non-interference in its internal affairs," the joint statement read.

Notably, the situation of human rights in Afghanistan has worsened since the collapse of the Afghan government and the Taliban's return to power in August last year. Although the fighting in the country has ended, serious human rights violations continue unabated, especially against women and minorities.

The statement also informed that Prime Minister Modi has invited President Macron to visit India at the earliest possible opportunity. PM Modi emplaned for India after the conclusion of his engagements in Paris on Wednesday.