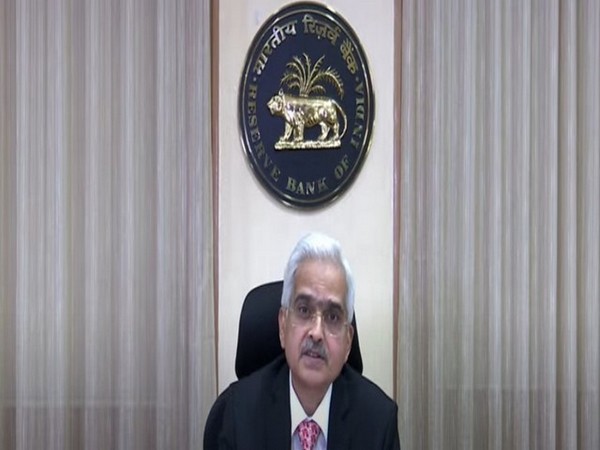 Mumbai: The Reserve Bank of India's Monetary Policy Committee in an unscheduled meeting on Wednesday unanimously decided to increase the policy repo rate by 40 basis points to 4.40 per cent with immediate effect citing inflation worries.

This is the first increase in the policy repo rate since May 2020 marking a reversal of the RBI's monetary policy stance. The Monetary Policy Committee (MPC) decided to hold an off-cycle meeting on 2nd and 4th May, 2022 to reassess the evolving inflation-growth dynamics and the impact of the developments after the MPC meeting of April 6-8, 2022, RBI Governor Shaktikanta Das said.

"Based on this assessment of the macroeconomic situation and the outlook, the MPC voted unanimously to increase the policy repo rate by 40 basis points to 4.40 per cent, with immediate effect," Das said.

The repo rate is the interest rate at which the RBI lends short-term funds to banks.

The standing deposit facility (SDF) rate stands adjusted to 4.15 per cent; and the marginal standing facility (MSF) rate and the Bank Rate to 4.65 per cent.

The MPC also decided unanimously to remain accommodative while focusing on withdrawal of accommodation to ensure that inflation remains within the target going forward while supporting growth, the RBI Governor said at a press conference.

The RBI had maintained status quo on key policy rates for almost two years. In response to the COVID-19 pandemic, monetary policy had shifted gears to an ultra-accommodative mode, with a large reduction of 75 basis points in the policy repo rate on March 27, 2020 followed by another reduction of 40 basis points on May 22, 2020.

"Accordingly, the decision of the MPC today to raise the policy repo rate by 40 bps to 4.40 per cent may be seen as a reversal of the rate action of May 22, 2020 in keeping with the announced stance of withdrawal of accommodation set out in April 2022," Das said.

In the first scheduled monetary policy announcement of the current financial year on April 8, the RBI had decided to keep the key policy rates unchanged for the 11th time in a row.

Since the MPC's meeting in April 2022, disruptions, shortages and escalating prices induced by the geopolitical tensions and sanctions have persisted and downside risks have increased. The International Monetary Fund (IMF) has revised down its forecast of global output growth for 2022 by 0.8 percentage point to 3.6 per cent, in a span of less than three months. The World Trade Organization has scaled down the projection of world trade growth for 2022 by 1.7 percentage points to 3.0 per cent, the RBI said in the Monetary Policy Statement.

The RBI's action on rate hikes is aimed to curb inflationary pressure.

In March 2022, headline CPI inflation surged to 7.0 per cent from 6.1 per cent in February, largely reflecting the impact of geopolitical spillovers. Food inflation increased by 154 basis points to 7.5 per cent and core inflation rose by 54 bps to 6.4 per cent, the Monetary Policy Statement noted.

"We, in the RBI, remain steadfast in our commitment to contain inflation and support growth. Inflation must be tamed in order to keep the Indian economy resolute on its course to sustained and inclusive growth. The biggest contribution to overall macroeconomic and financial stability as well as sustainable growth would come from our effort to maintain price stability," the RBI Governor said.